I went in to Glasgow on the bus today.  The Scottish over 60s bus pass is one of the great wonders of the modern (Scottish) world and possibly the best thing Wee Eck Salmond did for us.  I went with the stated intention of testing out the Nikon 55-200mm zoom.  After the dire results from the 55-300mm last week, I wasn’t expecting much, but lo and behold the results were a lot better than the longer zoom.  I’d nipped along to Jessops to see if they had one in stock, but was disappointed to find they only had the longer version.  It was when I came out of Jessops, I saw this familar figure in an unfamiliar pose.  Could it be that Darth is reduced to playing the accordion on Bucky Street in Glasgow.  Such a come-down for the Dark Lord and once ruler of the universe.  Strange days indeed. 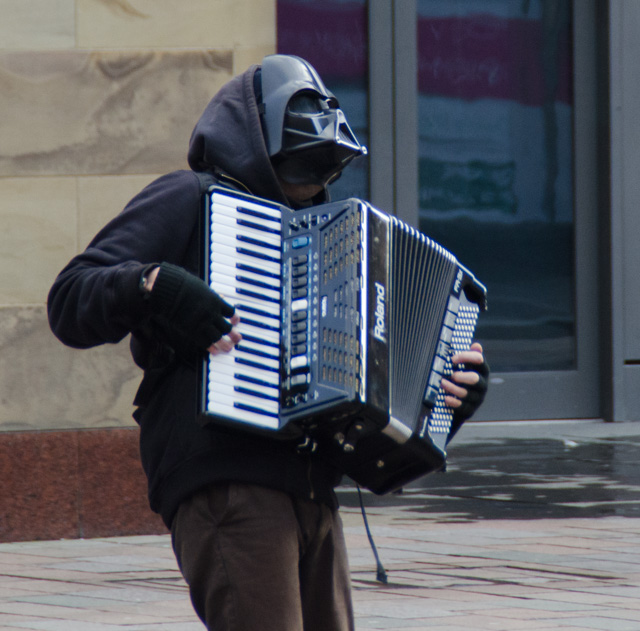 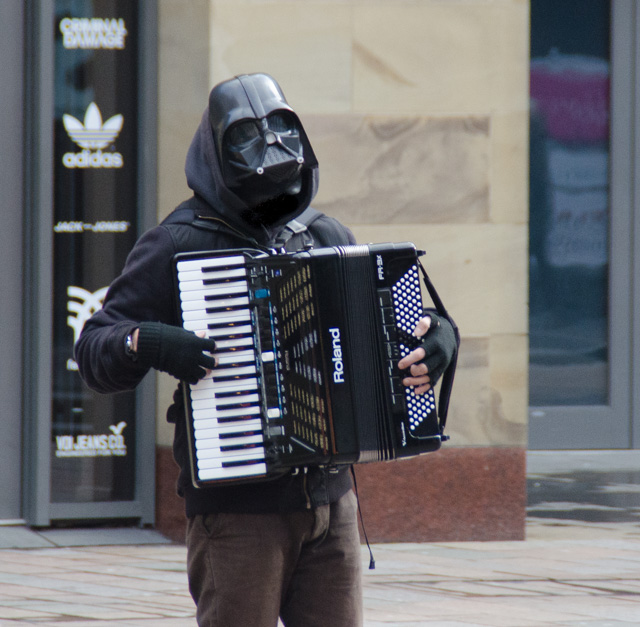