After a lovely morning and early afternoon, I decided on a short walk around St Mo’s hoping for some shots of the deer.  No such luck, both on the weather and the deer.  The clouds opened when I was at the furthest point from home and I got hammered by what Dylan called “the wild and ripping hail” and was forced to shelter under some trees.  However, on the way home I startled a couple of mallards and managed three shots of them, but I forgot to switch off the anti-shake so my shots came out less sharp than they could – at least that’s my story. 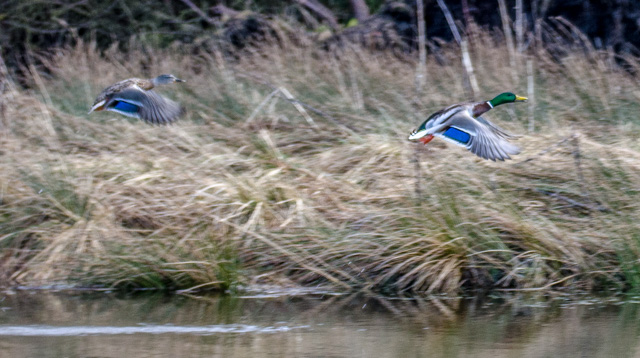