I never believe the weather forecast from the BBC, but today they got it right.  I woke up to a blizzard blowing across the street.  Then, the sun came out and it was a lovely spring day.  Then it was blowing a blizzard again.  Welcome to Scotland.

Coming home from Glasgow tonight, we both noticed a really bright light to the north, over the Campsies.  Not a direct light, but more a bright glow in the sky.  I wondered if it was the northern lights which we do occasionally see.  As we dipped down a cutting on the motorway, it was lost from sight, then a bright flash appeared in the sky.  I thought it travelled north to south, Scamp thought it travelled towards us, more east/west.  Half the sky was clear half was clouded.  Don’t know what it was.  By the time we got to Cumbernauld the glow in the north was gone.  UFOs, that’s what they were.  Stands to reason. 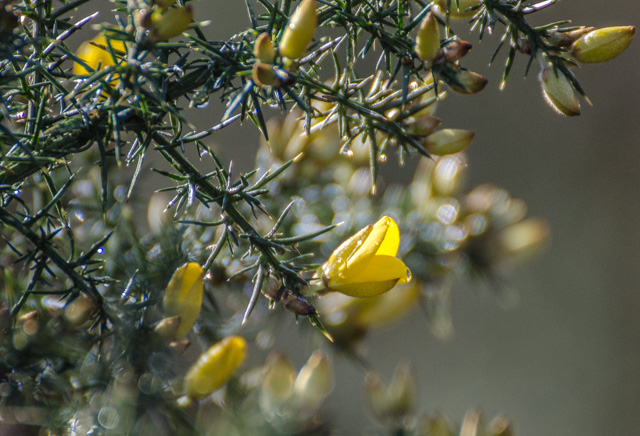 Broom / Gorse flower with a little bit of rain on it. 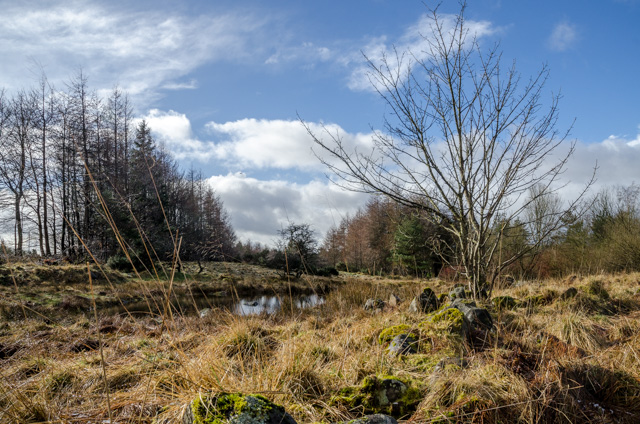 Over at St Mo’s the weather was almost springlike today.