Despite dire warnings from the weather people, the predicted snow forgot to come.  It may just have been delayed enroute and will surprise us tomorrow.  Who can tell?  Certainly not the BBC weather forecasters who simply hold their hands out the window to tell if it’s raining.

I get really pissed off with some of the group admins on Flickr.  The latest one for Wild Scotland will not allow pics to be posted unless they are geotagged.  That means the first one here will not be appearing.  Nor will the other 18 that were on the site before this strange requirement.  Oh well, their loss.

The other thing that pisses me off about Flickr and may eventually lead me to leaving the site is the recent fashion for ‘favouriting’ pics without leaving a comment.  It seems like a lot of folk join Flickr (other sites have the same problem) simply to ‘collect’ pictures.  Now maybe, like my daughter suggests, it’s just an extension of the Facebook ‘like’, or maybe it’s a more sinister attempt to steal photos.  In an attempt to find out which is which, I’ve decided to drop the size of my standard Flickr images for a week or two.  I’ll see if the smaller images are less interesting to the Favourite Fiends. 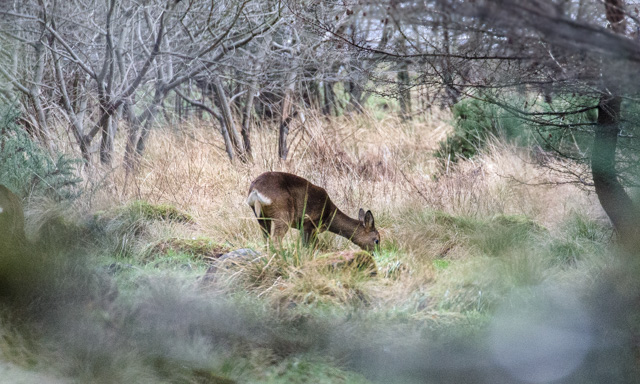 I saw three deer on a walk through the woods today.  I managed to photograph this one while unconsciously framing it with the out of focus branches of the pine tree I was hiding behind. 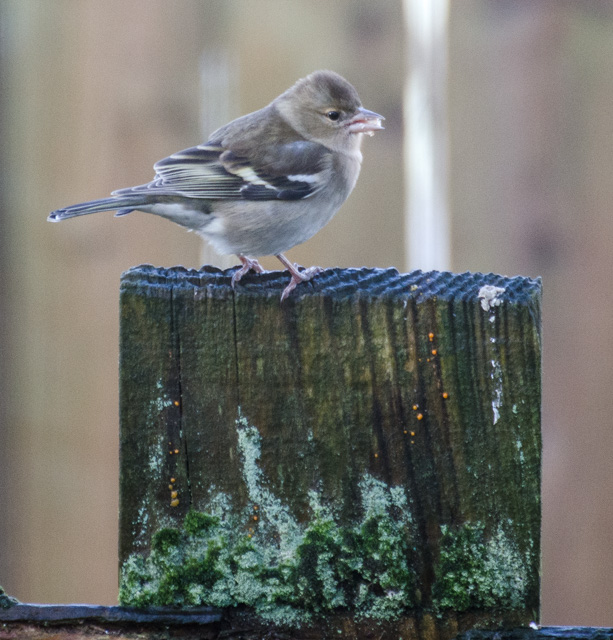 Sparrow feeding this morning in the garden. 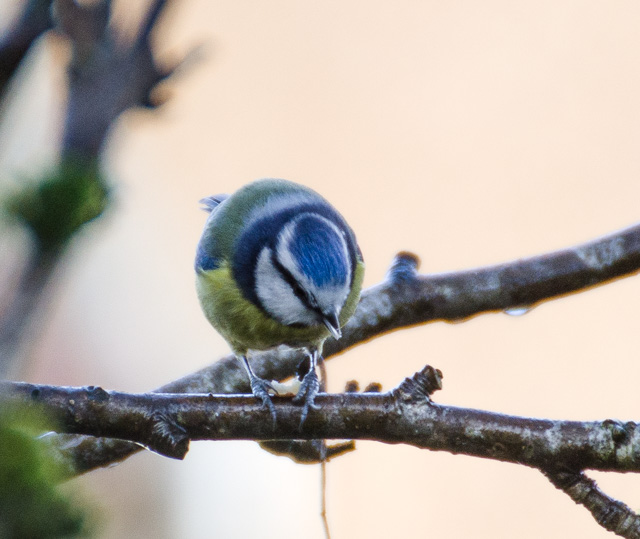 Blue tit demonstrating how to hold your breakfast peanut while you eat it. 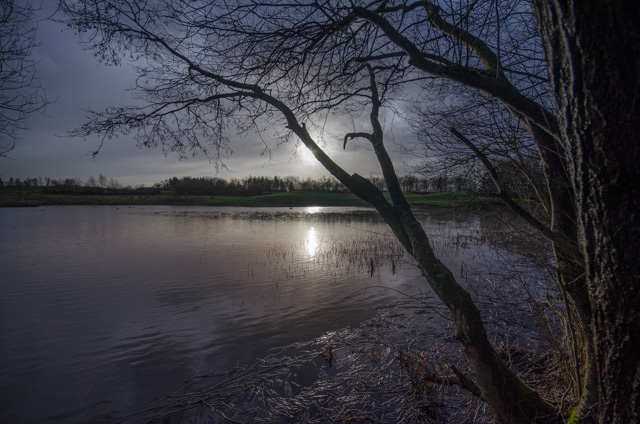 2 thoughts on “No Snow Yet”