A day of doing lots some of the things I’d been planning to do and adding some lots more things to my to-do list.

No painting today, but I did get a painting framed. It was actually the sketch for my latest watercolour. Quite often I find that the sketches are fresher and more interesting than the finished product. That was the case here. One of my problems with framing when working from an existing picture frame is doing the calculations for positioning the aperture in the mat card. Today I spent over an hour writing spreadsheet that would solve that particular problem for me in Excel on a Mac. After it was done and shared on the excellent Dropbox, I tried loading it on to Excel on the Samsung tablet. What a surprise, Excel refused to format it properly and wouldn’t allow me to add numbers into the cells. It also wouldn’t allow me to save anything without me logging in or registering. As if I was going to do anything as stupid as that. Microsoft? Stick a fork in them, they’re done. Thankfully I managed to get a totally free app Free Office Plan Maker Mobile (you need to do something with that name folks) to load it and present it as it was on the Mac. It worked perfectly fist time. It only took me about two hours to go from opening Excel on the Mac to getting the margin sizes for the mat from the Samsung. If I’d done it with pencil and paper it would have taken me about 15 minutes max, but where’s the fun in that? Much better to use technology to simplify things … I think.

Photography took a bit of a back seat, but I managed to get some shots of 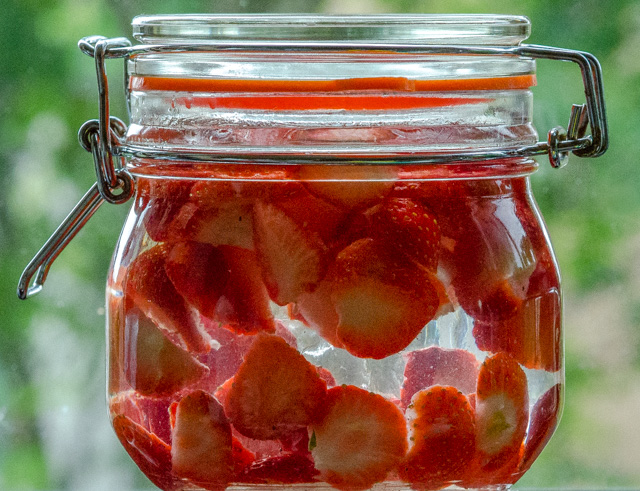 a dunnock in the garden in the afternoon. I first saw them a couple of years ago and now they seem to be quite common visitors all year, only feeding on the ground, never attempting the bird feeders. Also started a new batch of strawberry vodka – a great summer drink. Basically it’s strawberries soaked in vodka. Keep in the fridge for three days, stirring daily. After three days, decant and drink (responsibly 😉 ) with lemonade.

Hopefully I’ll remember to take a photo of the finished product, DV.

The evening was spent trying to repair a dodgy old Sony camcorder with refused to accept the video cassette. Thanks Sony for a wasted evening and a realisation that your company has lost a lot of it’s reputation for solid workmanship.