I was taking my niece to Hamilton today and had a half hour or so to myself, so I took a walk around the mausoleum and it’s beautifully landscaped park. No sarcasm there for once, it’s a real testament to the landscape gardeners of Hamilton council. Of course, the lovely weather helped! 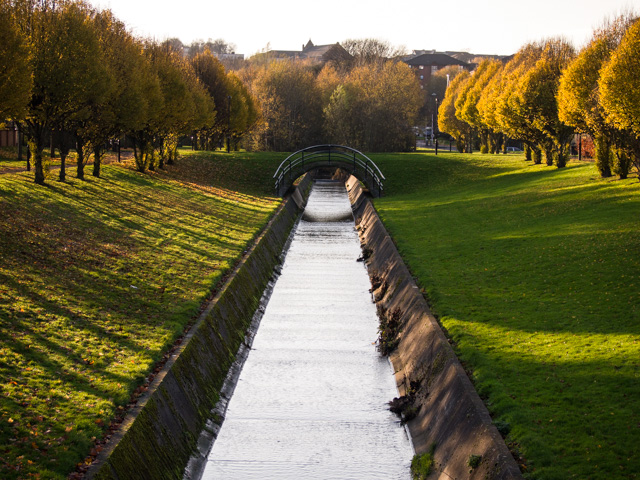 It looked to me like a canal in Amsterdam on a small scale. It’s actually the Cadzow Burn in Hamilton S. Lanarkshire. I was lucky today because the light was simply beautiful. What I liked most about this pic was the (almost) symmetry of the scene and the textures on the grass. Truly, It’s all about the light. 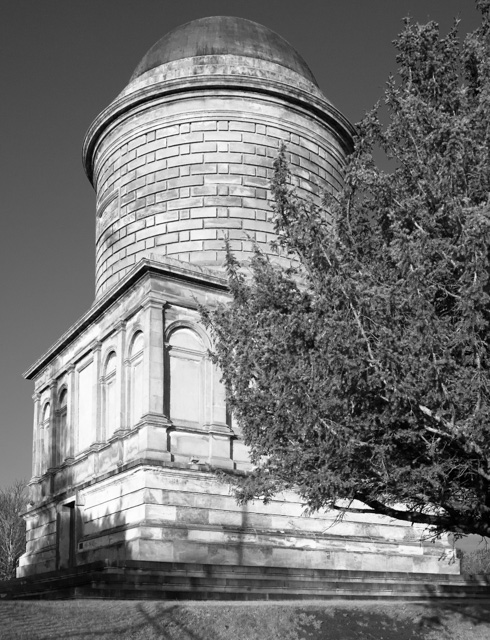 The mausoleum was built in 1842 by the 10th Duke of Hamilton.
I remember going on a guided tour, ‘way back in the ’60s and being told that the building was tilting because of subsidence due to mine workings and the effects of flooding of the nearby River Clyde. Now it appears to have righted itself again. Its high stone vault previously held the record for the longest echo of any man-made structure in the world, taking 15 seconds for the sound of a slammed door to decay. Still an impressive building. 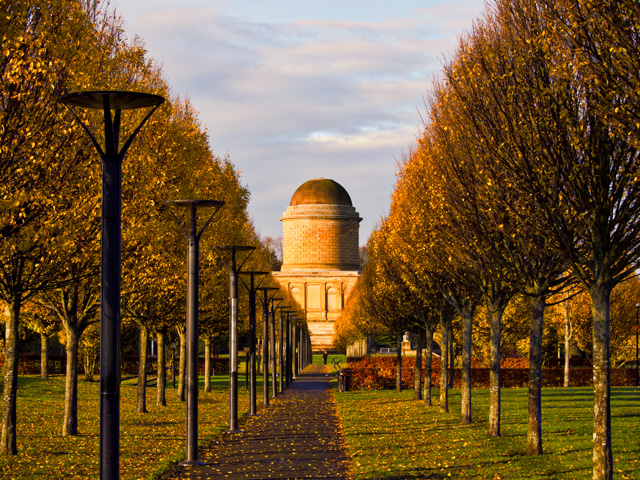 The avenue of trees leading to the mausoleum, looking rightfully regal in the late autumn sun. 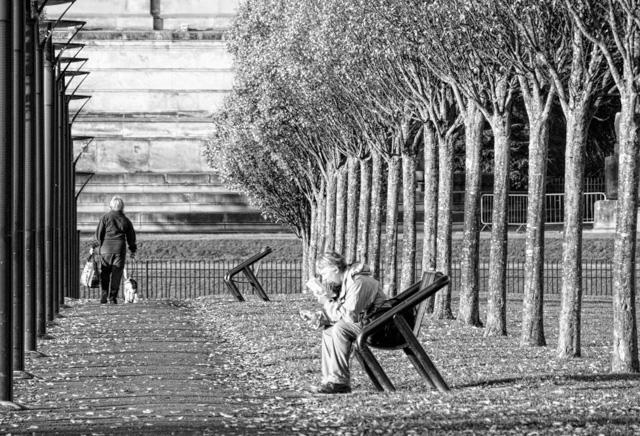 Just some folk enjoying the sunshine. I liked the way the streetlamps on the left seemed to echo the trees on the right. 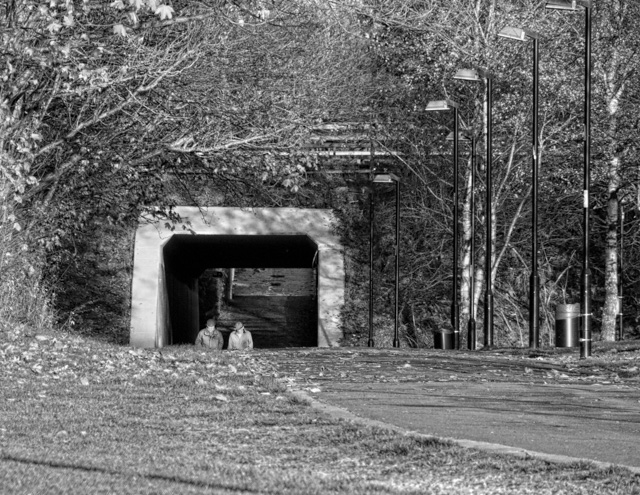 Two gentlemen out for an afternoon stroll. Just coming out of the underpass that links the the Low Parks to Strathclyde Park under the M74.