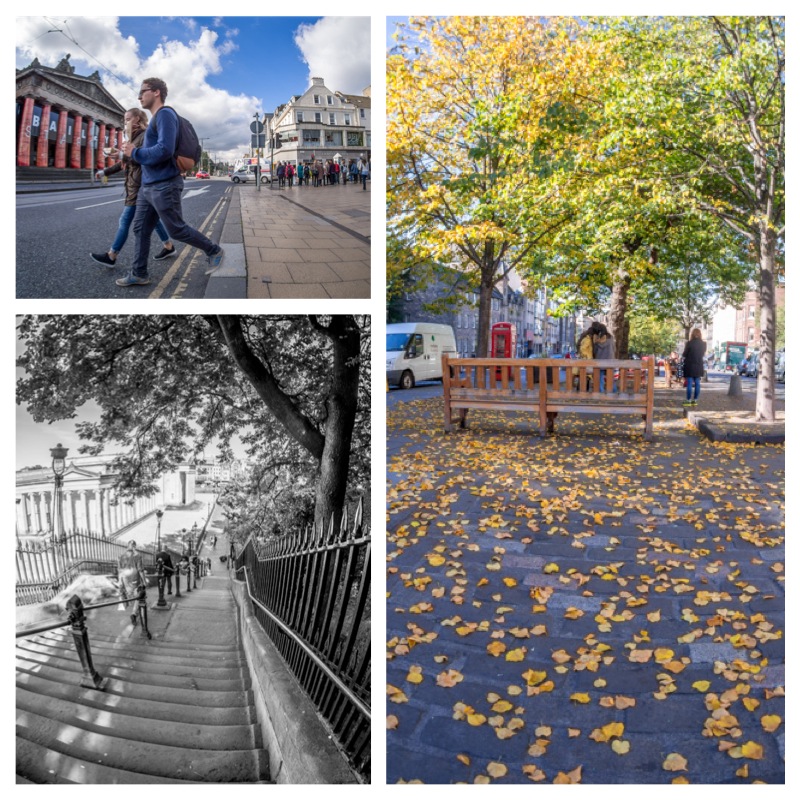 I had been meaning to visit two exhibitions in Edinburgh (notice I gave it the Sunday name for a change!) and today I’d chosen to go see the David Bailey *Stardust *exhibition. We’ve become used to getting off the train at Haymarket rather than travelling in to Waverley and that’s what I did today. I also wanted to go and get tea at my favourite tea shop in Edinburgh. The guy in the shop doesn’t deal in these new fangled metric measurements, he still uses pounds and ounces. He’s also got an opinion on everything and a story to go with that opinion. It’s an experience visiting his shop and always a pleasant one. I can’t remember what today’s story was about, but it started with me commenting on his choice of shirt which was much like my own favourite. It ended with him telling me that although the shop sign said OPEN, he didn’t start serving until 11.00. I apologised but he told me that it didn’t matter as I had money in my pocket! After getting my tea and a bit of convivial conversation, I walked up and on to the Grassmarket and there was still no sign of grass being sold, but there were beautiful golden colours in the trees. From there, I walked to Greyfriars Church and had a walk round the churchyard. I was tempted to take some photos there as the light and colours from the trees were good but I’m always a bit uneasy taking photos in a graveyard, so I kept the camera in the bag. Then on to the Playfair Steps to take me down to the exhibition, remember the exhibition? The first room in Stardust was wonderful. All monochrome shots. Some small, some big, some gigantic. My favourites were Henri Cartier-Bresson and Man Ray. The HC-B was especially cleverly shot with the secretive man shielding half of his face with his camera. The luminosity of Man Ray’s eye was fascinating. I wasn’t so taken with the large colour shots, but the technical quality of the large fashion images was fantastic. About his paintings, the least said the better. Stick to the camera David. Speaking about cameras, in one of the display tables was DB’s Asahi Pentax SLR. Lovely piece of equipment but well used. Quick jaunt to John Lewis to see if there was anything going cheap – there wasn’t (no surprise there). Cup of coffee and a panini in Nero and it was time to get the train home. An enjoyable day getting a bit of culture – what else in Edinburgh? Next time I’m hoping to take in an M C Escher exhibition all being well. See me? See culture?