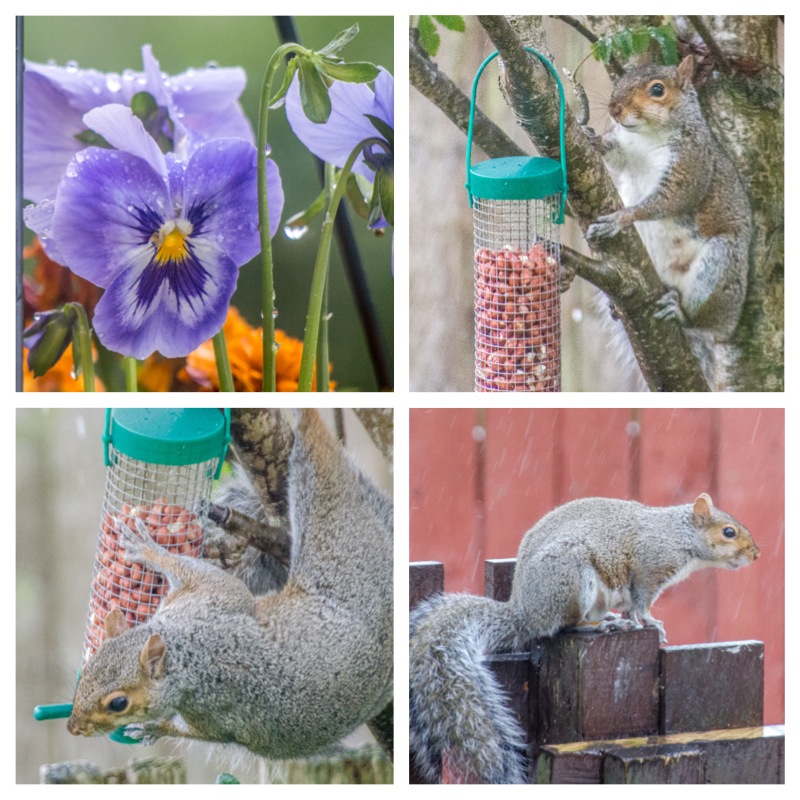 I did get up quite early(ish). Well, before 9.00 anyway. Started an oil painting on a square canvas. I tend to shy away from square photos and paintings. I always think a square shape is quite boring. Not as dynamic as a vertical rectangle (portrait format), nor as relaxed as a horizontal one (landscape). However, I’d seen an interesting oil at the weekend and was impressed with the way it used the square format, so I set to work. I was using water-based oils which might seem a contradiction, but they work well. I like the smell of oil paint and also natural turps, but I know that not all people find it so favourable, so I experimented with the water-based oils and quite liked them. They seem to dry quicker than normal oils, and that’s a pity, because I like the fact that you can work into previous layers and change them. That’s the difference between oils of any variety and acrylic. Acrylic dries quickly, too quickly for me. What I do like acrylic for is the ability to layer washes when using the paint very dilute – as watercolour in fact. Once a wash has dried, you can layer another on top without the fear of one mixing with the other and diluting it. I digress. This one was to be in oils and it’s sort of half finished at present. I’ll take a fresh look tomorrow.

Watched a squirrel trying to steal some peanuts from the bird feeder. Managed to get a few shots of its acrobatics.

Went to the gym in the afternoon and found the pool was full of people. So it was exercise and no relaxation after. Then I went to the solicitors to pay our bill for signing off the house. Ha, the mortgage is only part of the expense in house buying. Hopefully that will be it bought now and properly signed over to us.

Salsa at night and our usual teacher was off galavanting somewhere down south, so we had a mystery teacher. One we’d never had before, although we had seen him dancin’ I mean reeeeely dancin’ at the Christmas ball and were both impressed. We were both impressed with him tonight too. Complicated move that looked oh so simple to start with. Unfortunately, he only stayed for one class. Colin took the other and oh dear, it was “Look how clever I am” and “Let’s just add another bit to this on to make it a bit better.” Then it was “Oh, you’ve almost got it, but you just need to turn a tiny wee bit more …” I don’t mind people making corrections when they are necessary, but when it’s just to allow them to preen, it doesn’t impress me. That’s an hour of my life I won’t get back.