Scamp decided that it would be a good day to go visit David Marshall Lodge (always referred to as DML) near Aberfoyle.  It was a great run there with excellent views and good sunny spells.  Walked round the waterfall route and found the new (to us) Alice in Wonderland treasure hunt.  Well thought out with plenty of stuff for kids to find.  Lunch at DML visitor centre and a run home via the Duke’s Pass.  You sometimes forget the wonderful scenery that’s on your doorstep.  The only down side was that the 70-300mm lens was acting up again.  Must call in at Merchant City Cameras tomorrow and see what’s to be done about it. 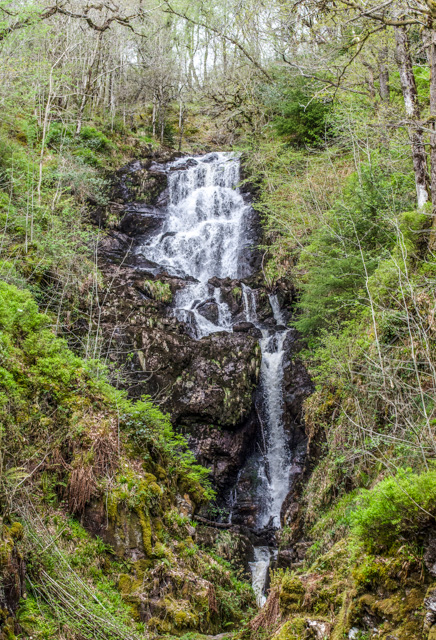 The oft photographed waterfall at David Marshall Lodge. It’s almost as popular as the one in front of Buachaille Etive Mòr at Glencoe. Luckily, unlike the Buachaille waterfall, you don’t have to phone ahead to book your 15minute slot to photograph it. 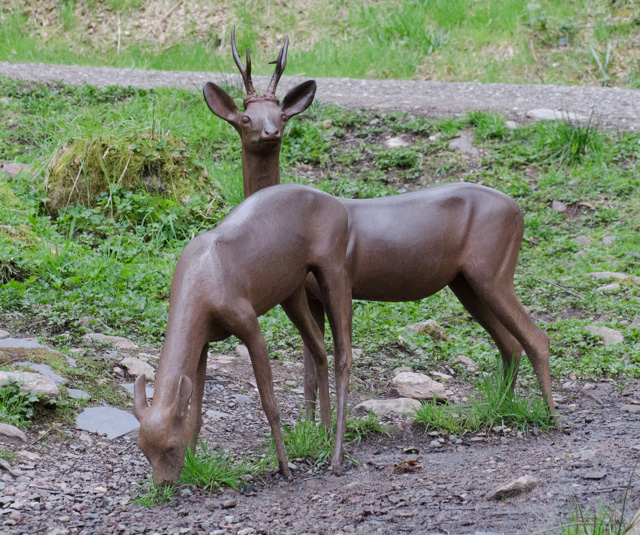 The easiest deer ever to photograph. They just stood there while I got this shot. Even when we approached them they didn’t run away. Obviously very tame and used to humans. The fact that they are cast from iron was probably a contributing factor too!