A brighter day.  No rain, and a blue sky.  We went to Summerlee Herigage Park in Coatbridge.  When it opened, it was the only one of its kind in Scotland and an attempt to rival Beamish in England.  Unfortunately, things have changed over the years, and not for the best.  The exhibits which were so impressive now look tired and untidy.  Some of the exhibitions have the wrong labels on them.  in the main building, many of the bulbs need to be replaced and as a result, it’s impossible to read some of the descriptions of exhibits.  Outside it’s worse.  There is a lot of what can only be described as scrap metal – old radiators, railings etc lying around.

The trams still run, well, we saw one running and it seems that the walk-in  pit is still open to the public, as are the houses in the village street, but so much needs to be done to repaint and repair some of the attractions.  Typical NLC.  Create something then hope it will look after itself. 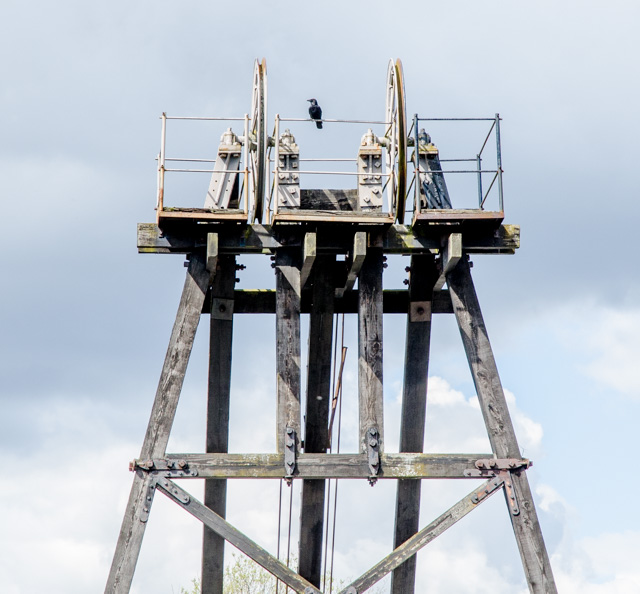 Crow sitting on the winding gear at Summerlee Heritage Park in Coatbridge. 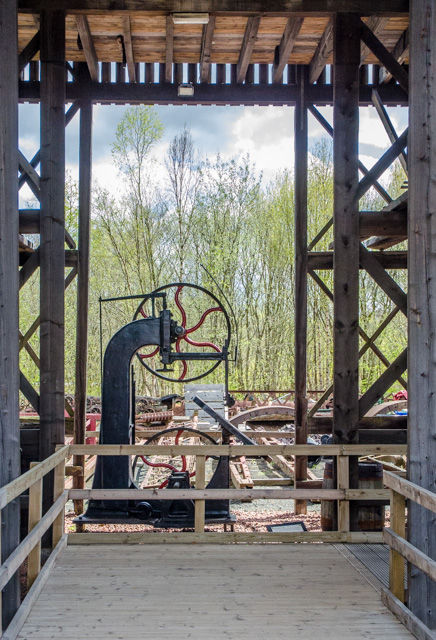 Sheet metal bandsaw at Summerlee Heritage Park in Coatbridge.  Such a pity there is a load of scrap metal piled up behind it. 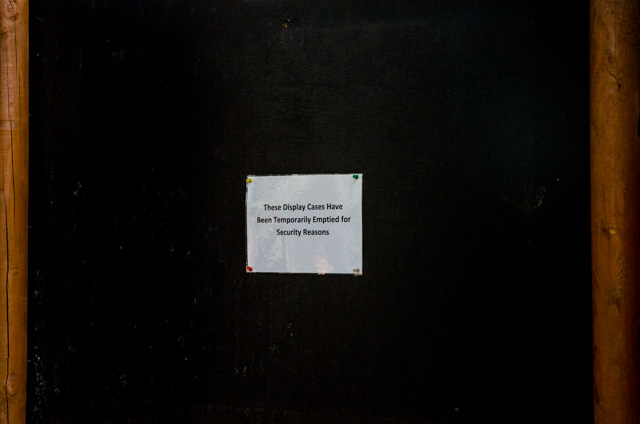 The displays originally contained saws, chisels and hammers.  Not a good selection to have on display in Coatbridge. 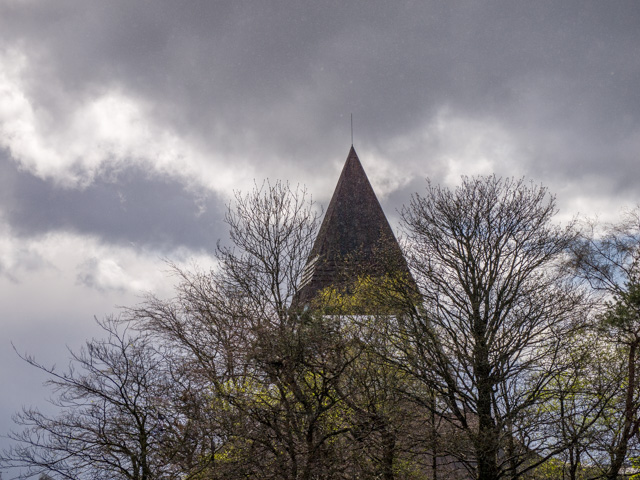 Point me at the sky
St Mungo’s church pointing to the sky above the trees in Cumbernauld.