For my birthday, my son got me a coffee grinder.  My daughter got me a café freddo maker.  I like coffee.  I drink a lot of coffee.  I have a cup devoted to coffee.  I only drink coffee from it.  Some folk would say I drink too much coffee, but what do they know, but drinking Star*ucks?  I don’t think so.

Some of us drink coffee and some of us drink Star*ucks and never the twain shall meet.  I don’t want to go into a coffee shop and have to give my name before being served.  I simply want a good cup of coffee, not a Star*ucks.

Some of us drink  whisky and some of us drink *uckfast (photo taken at the same place, just a week different, by the way!). A similar comparison in my book.

Oh, just as a final thought.  I had to turn the cup round to get the best angle on it and it was still full.  Looks like I have at least one person who agrees with me. 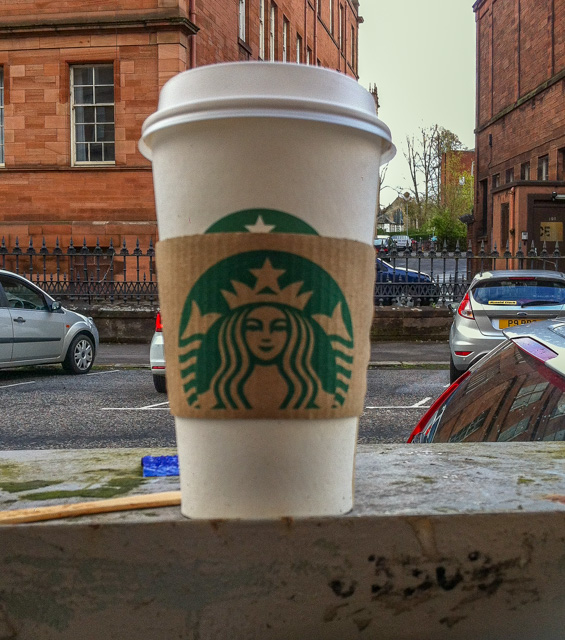 Seen outside the STUC in Glasgow sitting on a parking meter. What will be there next week?