Scamp and I went in to Glasgow today on the bus to avoid worrying about contravening Scotland’s new drink driving laws, because I had had a drink last Friday and there just might have been a millionth of a milligram of alcohol still lurking there.  You can’t be too careful.  It seems that if you even look at a bottle of beer in the supermarket, that’s enough to put you over the limit if you are breathalysed the next day <end of rant 1>
Sub-zero temperatures and heating not working on the bus so frozen by the time we got to Glasgow.
Had lunch in Charcoals where the heating didn’t seem to be working either.  Food was excellent though.  Picked up my new toy – a Tamron SP AF 70-300 F/4-5.6 Di VC USD (Please manufacturers reduce the length of these names).

The bus home got half way there before it broke down.  After 10 minutes of waiting with no information from the driver who seemed to be phoning in the breakdown, we managed to get a seat in another bus which was full of exhaust fumes, but at least it was a bus!  Just before our stop, someone told the driver that there were more fumes in the rear of the bus.  The driver said he hadn’t noticed it (Oh really!) and told us that he’d have to shut the engine off.  We got off and walked home.  How can the government expect us to use public transport when the transport system is simply not up to the job.  <end of rant 2>

On to the photos: 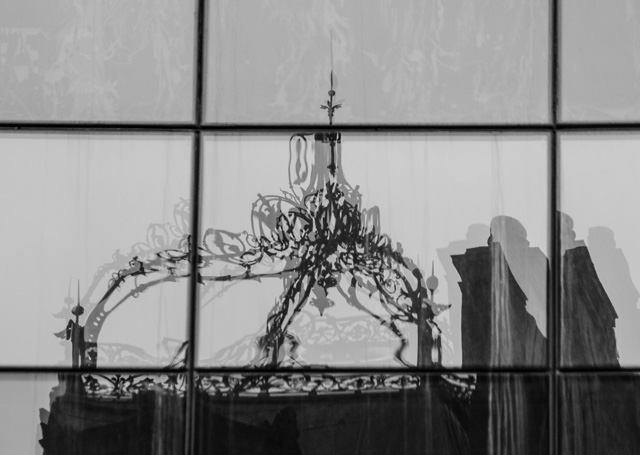 A little bit of roof structure reflected in a new glass building on Ingram Street – Glasgow.  I think there may be some great opportunities there soon. 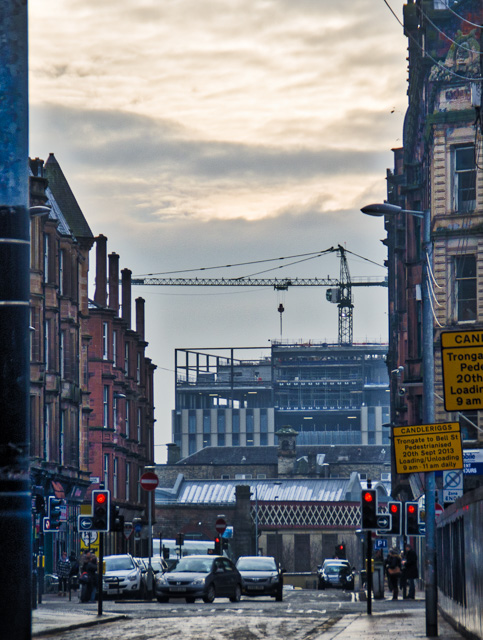 Looking down what used to be Candleriggs in Glasgow.  Hardly any of the buildings left now.  Goldbergs?  Bremners?  Granny Black’s?  All gone.