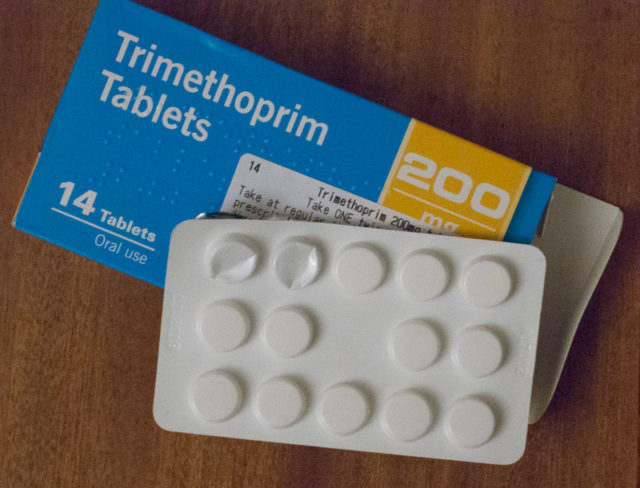 After a very rough night last night, at 8am I phoned the surgery to try to get an appointment with a doc. After asking what specifically was wrong (difficulty passing water) I got an appointment for 10.40am. Doc examined me, asked for a sample which I gave her. This apparently indicated a urine infection so she prescribed a course of antibiotics. Started them right away and they’re working.

The “Rat Man” came in the afternoon and confirmed that there were rat and squirrel droppings in the loft. He didn’t think they were new droppings but he set a squirrel trap and rat poison.

He’ll be back tomorrow to check.

PoD is of one of my new pharmaceutical best friends.

Not intending to go far tomorrow because now that the tablets are working I’m going to the toilet every half hour at least. Finding it awkward sitting on chairs so can’t sit at the computer to process photos.