I remember when we were coming home from Mallorca, the cabin attendant on the plane said “We will soon be landing in Glasgow where the weather is … Scottish.”  That summed up today.  Bright early on, cloudy later.  Later still, driving rain.  The weather was … Scottish.  Lunch at Milano was the highlight of the day.  No walk this morning, I’m not that daft.  Did go for a coffee up the ‘Toonie’ later in the morning with Fred and then for a swim in the afternoon.  Other than that, just a typical Scottish day. 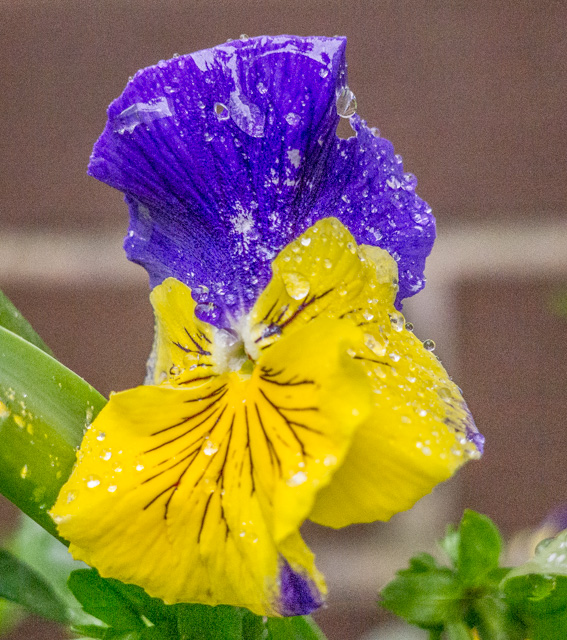 This pansy in the front garden is battered by the wind, washed by the rain and occasionally, just occasionally bleached by the sun.  Through it all they shine.  This one reminds me of Desperate Dan.  If you don’t know who that is, shame on you.
365/135