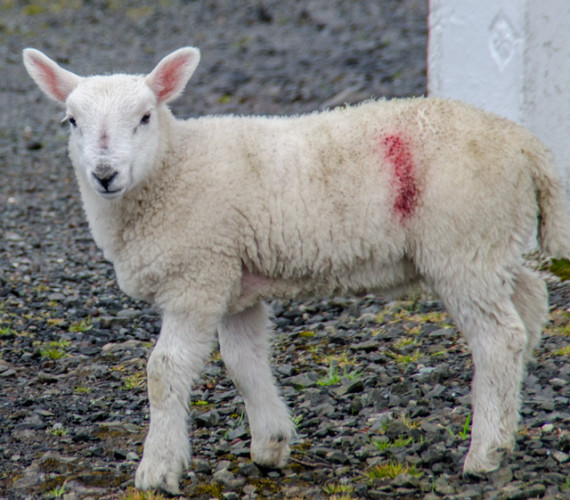 It was a typical Skye day. It started out clear, but by early afternoon when we were leaving Portree, the first drops of rain were falling. By the time we got to Staffin Slip, the rain was being battered down by a blustery west wind. Sat for an hour and watched the gulls diving for fish or crabs, not sure which. Came back myself later to get at least one painting done. Took some photos of the river and attempted to catch the swallows or swifts or housemartins – birds at least – unsuccessfully. By this time the wind had really picked up and was reaching gale force IMO and it was soon time to leave.

When I returned to the croft, I was mobbed by Bernie – afterBernie Ecklestone apparently! Bernie is a quite vociferous pet lamb on the croft.  Bernie was rejected by his mother at birth, then developed an infection, but after some care and attention by Murd, he is now well on the way to a noisy recovery. Seems to think every man is his adopted father! 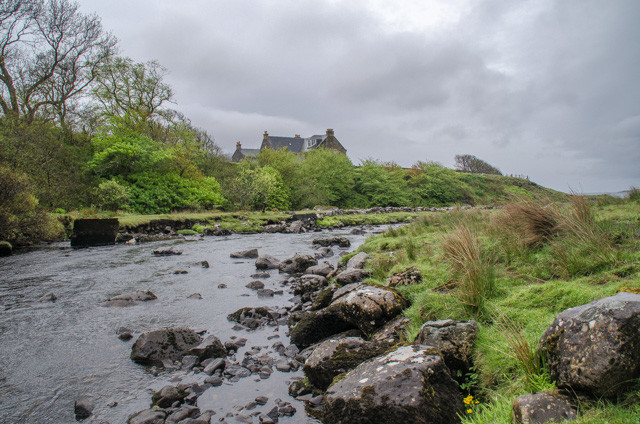 I spent a pleasant half hour or so watching the swallows (or swifts, or housemartins) catching insects, just inches above the waters of the River Brogaig in the rain.365/143