Awoke this morning to find that the dumper driver who brings the snow had managed to wangle a Sunday shift and had already completed his Cumbernauld delivery.  Mair Snaw!  Did think of going further afield, but settled for a leisurely stroll around St Mo’s. 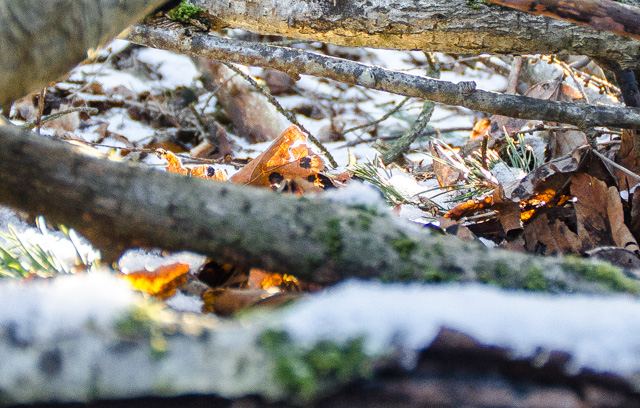 Leaf framed by frozen branches.  Managed to get the Live View to work on the Nikon with the old kit lens. 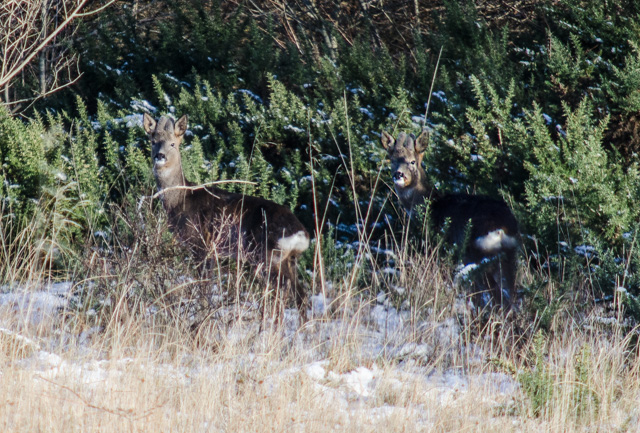 Two deer not sure whether to feed or flee. I took one step towards them and the decision was made in favour of the latter. 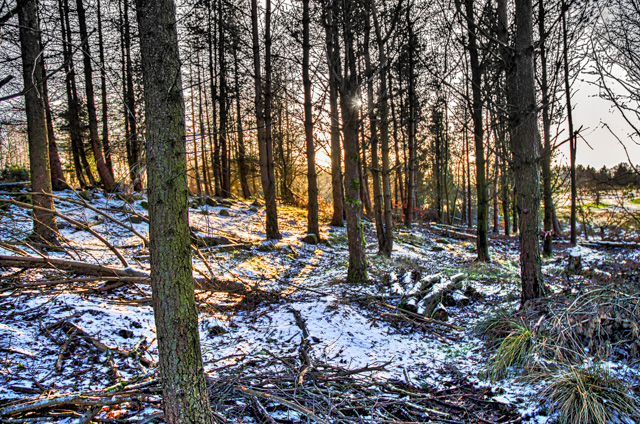 Titled “Go down to the woods” on Flickr, here is the basic description:

Setting sun behind the trees. Such a tranquil scene.

What I missed out was this:
Processed in Lightroom to control the highlights and lighten the shadows.  Exported to Intensify to boost the colours and clarity.  Imported back into Lightroom and neutralised the white of the snow that had a blue cast from Intensify.  That changed the warm glow of the sunlight to a more yellow hue, so I used one graduated filter in the sky area to create a more orange sunset colour and another grad on the foreground to clean up the snow and lighten the shadows on the trees.

Who said it was just a case of pressing a button?