After checking yesterday’s robin picture, I was sure the Tamron lens was back focusing.  I’d seen focusing tools advertised on the net for exorbitant prices, so I did what anyone would do.  I made my own.  Having Autodesk Inventor on my PC, I spent yesterday evening drawing up the plans for my focus checker.  The prototype, like most prototypes was stuck together with pritt stick and mapping pins.  However, it worked.  It would appear that the Tamron was back focusing by 14 points (out of 20).  The D7000 allows you to change the apparent focus point by 20 arbitrary points in either direction, so I did the adjustment and re-checked.  It appeared that the problem was solved for the price of a couple of pieces of foamboard, a couple of printouts and a lot of swearing.  Testing was set for this morning and off we drove to Glasgow Green.  It worked!!  Results below: 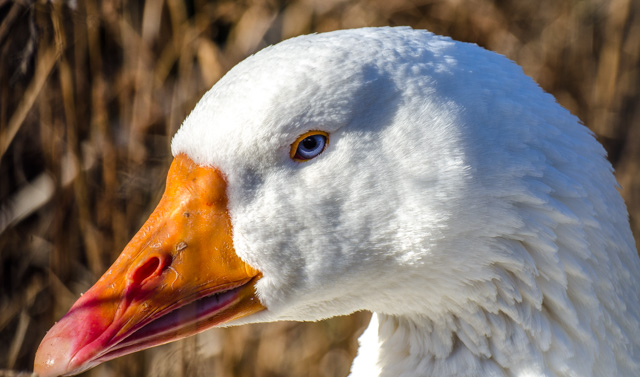 Goose in Glasgow Green near the river. Allegedly they came from Bowling where they protected a whisky bond. 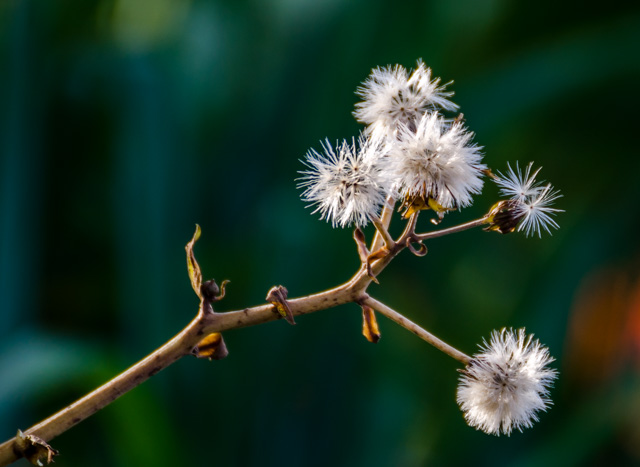 These are fluffy balls.  “Fluffy Balls” is a technical term for these, eh, fluffy balls :-/
Seen in the People’s Palace Wintergarden this morning.

The remainder of the photos are from further testing in the afternoon at the now legendary St Mo’s.

I liked the way the setting sun had caught the leaves.  I also liked the letterbox format. 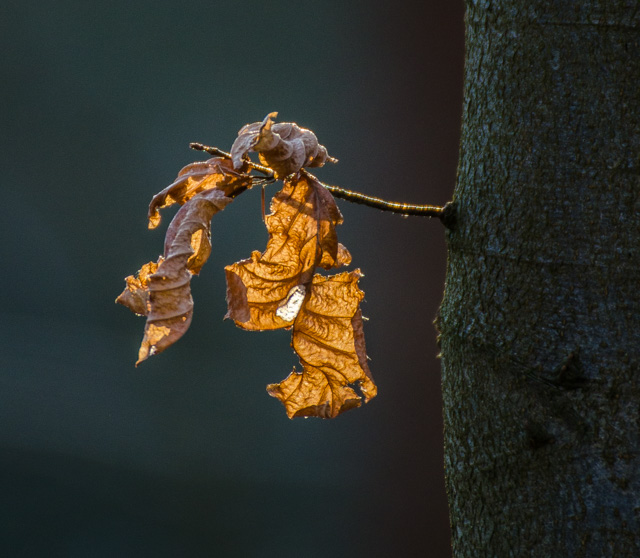 Tree and Leaf
Leaf still hanging on a twig.  Title stolen from a JRR Tolkien book of short stories. 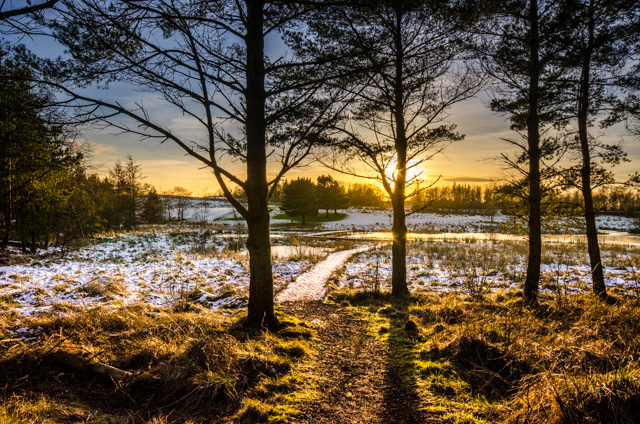