Went to Embra today.  For once it was cloudier there than it was when we left home.  Thought I’d get some coffee when I was there at my favourite wee tea and coffee shop.  His tea is always excellent and he’s always got something to say about the world in general.  Also, he’s the only person I know who still sells by pounds and ounces.  Unfortunately, his coffee was dire.  I got a half pound each of Columbian and Mocha.  Tried them both when I got home and they were as bad as each other.  Nothing has beaten the Bean Shop in Perth yet for consistently good coffee.  Thomson’s Old Brown Java is quite good, but not as good as the Bean Shop.  Today’s was the worst ever.  I’ll stick to his tea in future and give his coffee a miss.

While Scamp was out at the choir concert, I struggled with Hazel.  Not you Hazel, but Hazel the usually excellent Mac organizational tool.  Normally, it’s simplicity itself to write a little script to get some stuff done.  Tonight was a nightmare.  After working for over an hour, I gave up with the script half written.  I’ll have a little glass of Laphroaig tonight and tackle it again tomorrow, or the next day. 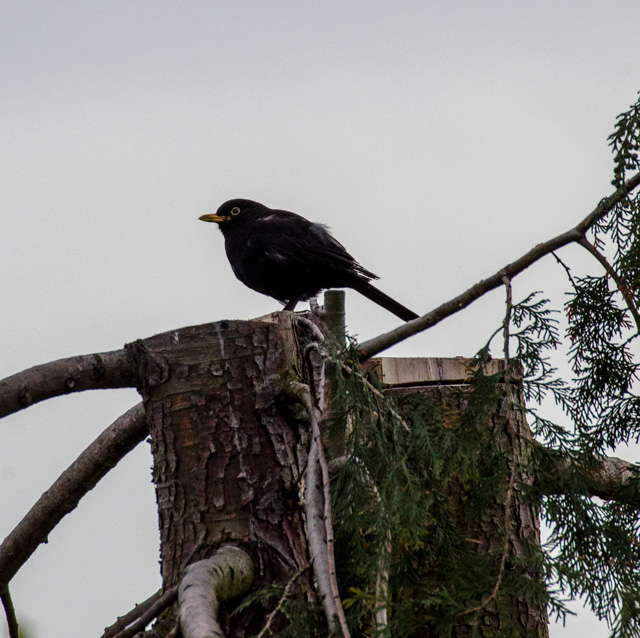 This blackbird comes to the same perch every evening and sings his heart out.  Such a brightener some days.  I see it as a reward for the mealworms I provide for him.