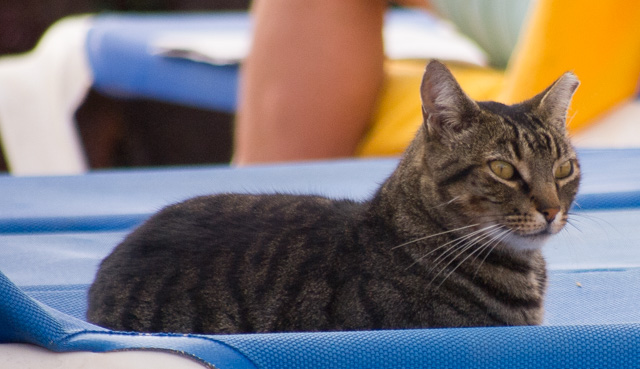 Hazel’s birthday!
Went down and sat by the pool. Took some photos of one of the hotel’s resident cats, Hazel, you’ll understand when I say that the one above looks like Mal.  The chunk out of his left ear tip is an indication that he’s been neutered, by the way.  Not that he’s been fighting.

Later the rain came on and it looked like it was going to stay on, so we went for a cup of juice in the pool bar – too early for alcohol! Sat on the other side of the pool bar for a while then went for a walk along the beach and had a paddle in the sea. They were draining the pool at the Atlantico centre for its annual clean. Walked back and had lunch. Passed Pepe on the way! Sat on the balcony after lunch, then went for a walk across the wilderness and back for 5.00pm tea/coffee and cakes. Scamp stayed for cake and coffee, I went for more photos of the wilderness. Saw the camels! Spotted and got a few shots of an avocet. Watched a girl surfing and getting wiped out by some big waves. 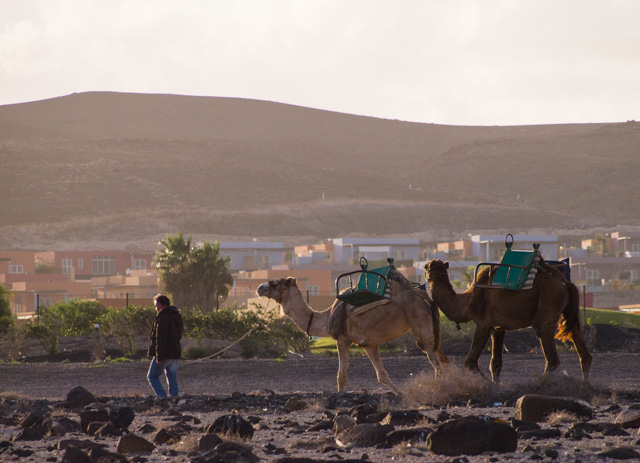 Camels making their daily trek from home to beach and back. I don’t think there were many customers for camel rides at this time of year. 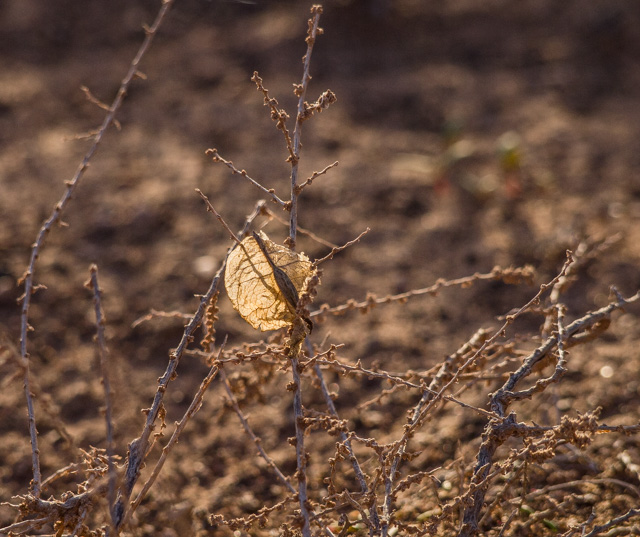 Leaf caught in the thorny branches. I like the translucency of it. 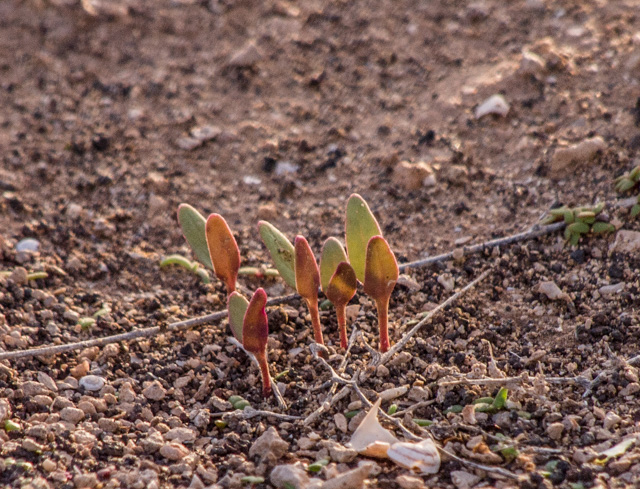 November and December are the rainy months in Fuerteventura and the seeds start to germinate around then. I saw lots of pockets of wee sprouting seedlings all over this otherwise arid patch of ground. 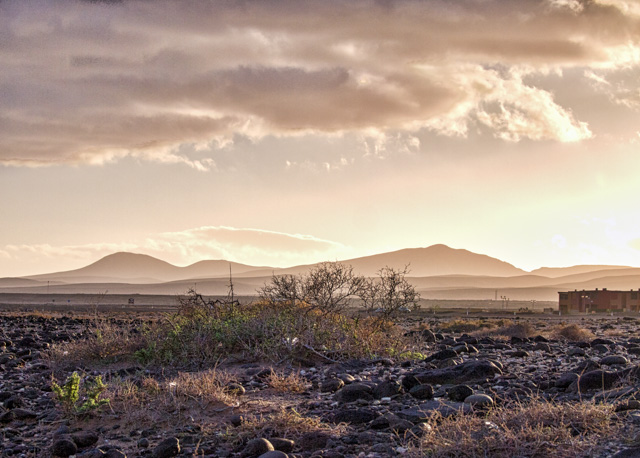 The light at the end of the afternoon was quite amazing on this area of scrubland with the hills in the distance. 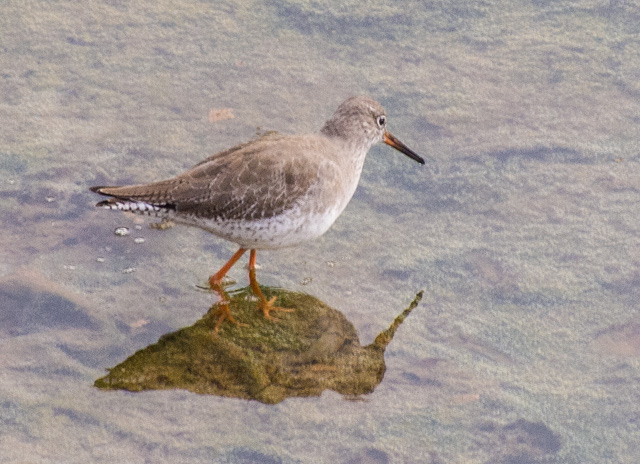 I don’t know what this little Redshank was finding to eat in the outfall of a sewage station, but it was there every day.

Little Boxes.  They looked like they were all drawn in AutoCad and were copied all along the side of the hill.