Scamp was feeling a lot better today.  This improvement was strengthened by the arrival of a pair of ‘magic shoes’.  Her words, not mine, although I must admit they look very pretty.

Went for a run in the car in the afternoon looking for Oakwood Garden Centre which we both remembered as being near Killearn.  Just to be sure I used the satnav on my phone.  As usual, it tried to make me go in the ‘wrong’ direction to start with. However, after driving for about 15 minutes it was still trying to correct my direction.  In addition, the distance to my ‘target’ was increasing, not decreasing.  I eventually decided to follow my nose and reached the garden centre with very little difficulty.  I checked the satnav when we were in the carpark and it told me I had thirty odd miles still to go.  Eventually, I discovered that although I’d used the correct postcode, the satnav was trying to get me to Dunblane.  Worse than that, I’d have been a few weeks late for the wedding!

Lunch in the garden centre sitting in front of a large panoramic picture window looking over the hills.  Great views of the clouds and the snow showers.  Lunch over – super-size strawberry tart to finish with – we drove home the way we’d come.  Outside the garden centre there are the remains of an old wartime hospital.  It looked a really depressing place.

Went for a walk round St Mo’s in the late afternoon and caught the last good light.  Feeling rough tonight.  Hope I haven’t caught Scamp’s lurgi! 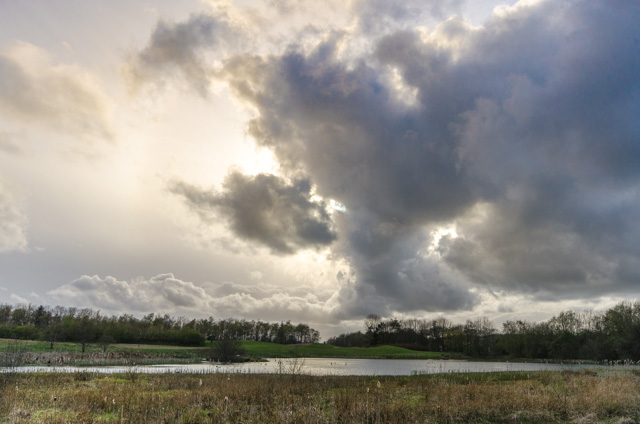 Smoke on the Water
Well, it’s actually a cloud, but who’s caring.  It made for a good title.  As usual, all is not as it

seems.  I exposed for the highlights to retain detail in the sky.  After adjusting the levels in Lightroom, I added two graduated filters.  One on the sky to darken it slightly and add a pale amber colour.  I also used two adjustment brushes on the foreground and mid-ground to lighten it a bit and also to add more colour.  I think the adjustments improved it, but I also think it looks slightly faked. 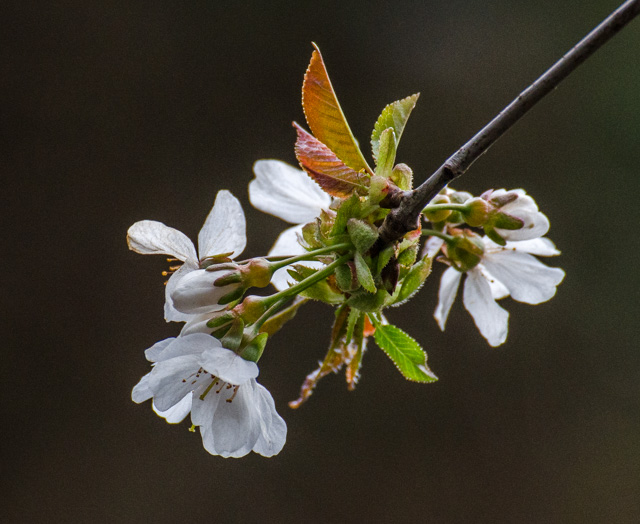 I saw this and edged round until I had a black, or nearly black background..  I liked the simplicity of the result. Just cropped and levels done in Lightroom.