Went for a walk along the old railway from Auchinstarry this morning.  Everything seemed to be going well until I saw a young deer and tried to get a shot of it.  The VC on the 70-300mm Tamron that usually holds everything rock solid seemed to be acting up and CAUSING vibration rather than removing it.  The resulting shot is here.  Click to enlarge.  Shutter speed, as you will see is 1/400 which, combined with VC should have been enough to avoid any camera shake.
After further investigation, I discovered it was the focus motor that was causing the vibration, not the VC unit.  Even worse, it was not happening all the time.  It’s one of the most irritating defects in machinery, the occasional problem that you simply cannot be sure of replicating.  I’ve never seen any lens do this before and was a bit worried, even although the lens is still under warranty.  It would be a real pain to have to be without it for the three weeks or so it would take to send it back to Tamron.  I’ve checked with Mr Google, but nobody seems to have had this problem, or else, if they did, they’re not publicising it.  I’ll be checking on it every day now, but I’m sure it will get worse instead of getting better. 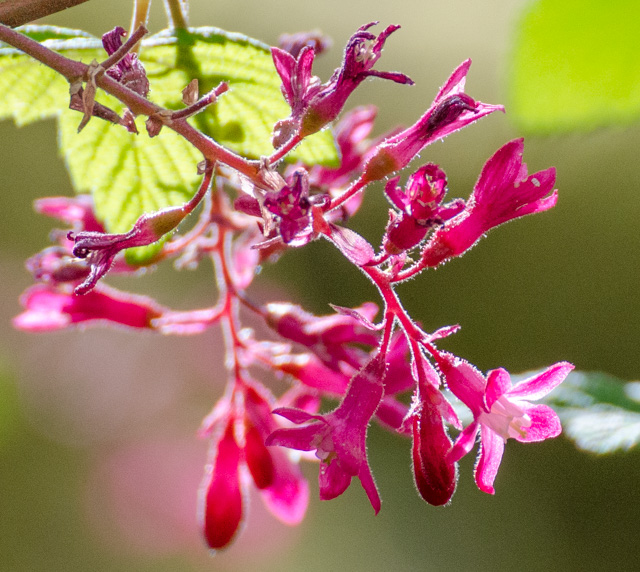 I saw these pink blossoms when I was on my way home.  I liked the little floret bottom right and cropped down to it. 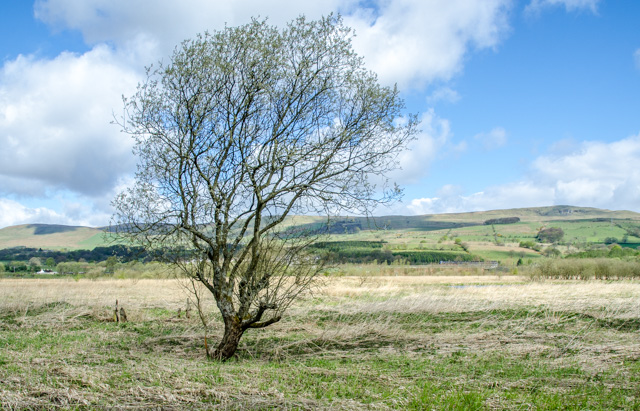 Blue sky with occasional white cloud.  No rain on the horizon today. 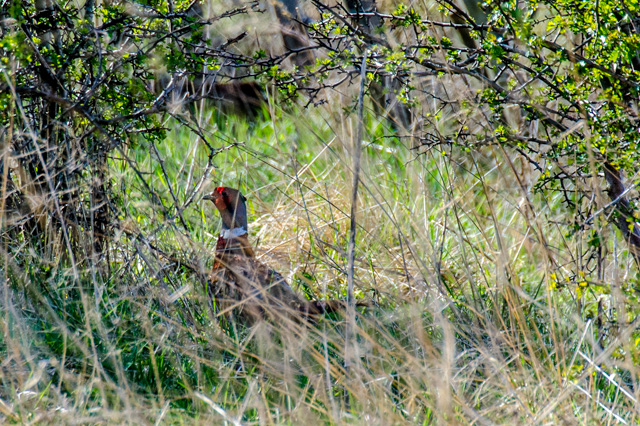 I disturbed this pheasant this morning and he conveniently ran into this little patch of green.