What a disappointment.  Yesterday’s light show wasn’t a UFO after all.  It was all over the Interweb today that the Northern Lights were visible as far south as the midlands of England last night, so that explains the lights in the sky.  So it looks like a visitation by wee green men will not be happening to us soon.  We did get a shockingly large dump of snow on the doorstep this morning ‘though.  We could have done without that.  On the plus side, it gave me a chance to photograph something other than burds! 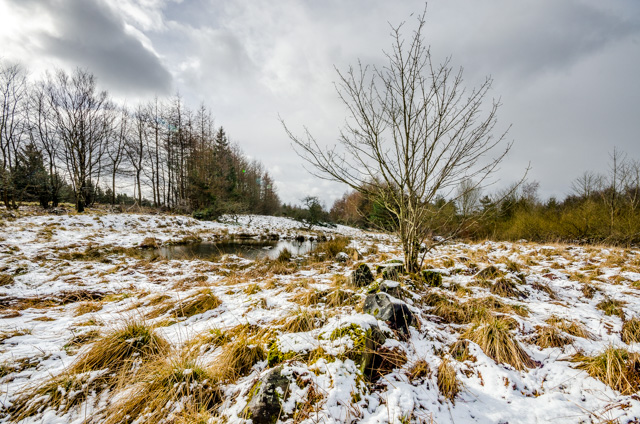 It would appear that during the night, the snow truck dumped it’s load again on us.  When I got up this morning, around 7.30, the world had turned white.  By the time I got out, the sun had removed the top layer, but it was still white below that.  Not quite “deep and crisp and even”, but white enough to make for an interesting photo.
Today’s shot was taken from, as near as I could remember, the same place as yesterday’s.