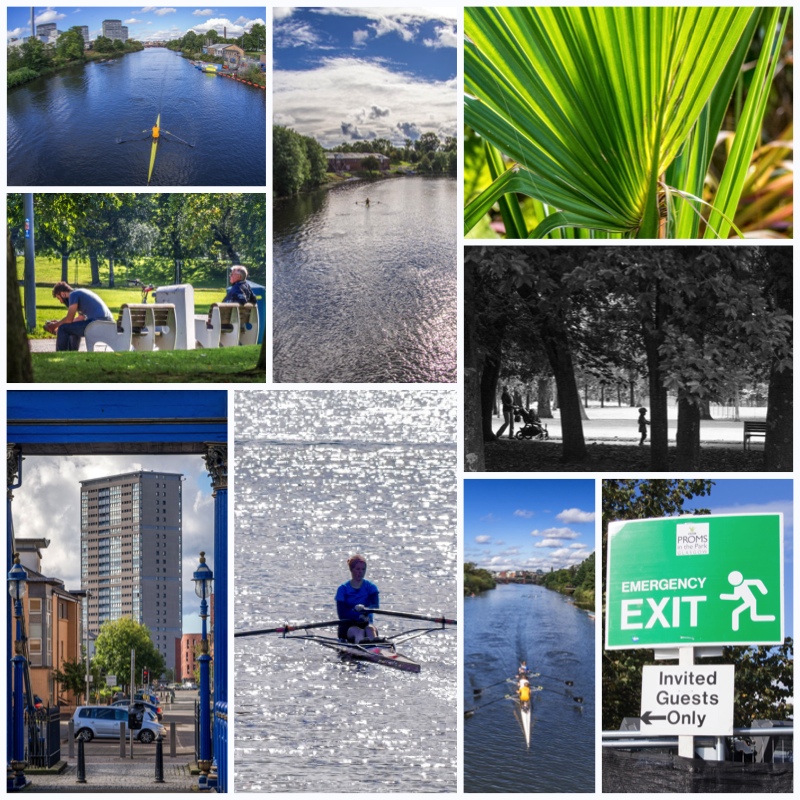 It’s a long time since we’d been to Glasgow Green on a Sunday morning, so today we up and went for a walk. Yesterday was Proms in the Park and the fencing was still there from the event, but to be honest, there’s always some sort of event with the staging or fencing for it in the park. It was a beautiful morning. Blue skies and a warm breeze, 18ºc on the thermometer in the car. Lots of people rowing on the Clyde. We spent a while standing on the suspension bridge watching them going up and down stream. While we were there, who should I see but Mike McGivern, the ghost teacher from school. It was a great privilege to see the man in the flesh, so to speak. He has become a mythical person to me. I wonder who’s life he’s making a misery of now. I’m sure he hasn’t retired, he makes too much money as a ghost teacher. I think he clocked me, but I didn’t speak to him. What could I say? You can’t swear on a Sunday, so that would have severely limited my conversation!

After the usual lunch of Roll ‘n’ Sausage in the Wintergarden of the People’s Palace with toast and jam for Scamp, we headed home. We had just closed the front door when the rain started. It continued to rain for the rest of the day, on and off. I think we had the best of the day.