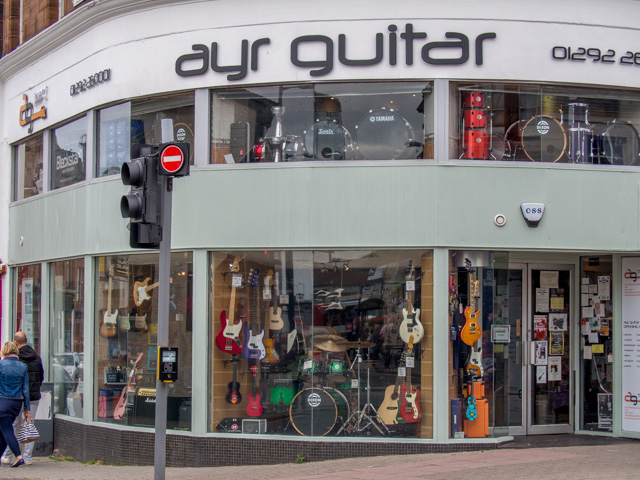 Some of you may have flown the ‘Red-eye’. Today we travelled the ‘Grey-Hair’. We went on the bus down to Ayr from Glasgow. After just missing the 10.25 from the bus station in Glasgow, we placed ourselves at the front of the seating area at the stance to ensure that we would get on the next bus. The stance was empty when we arrived, but they soon filtered in. All the Grey-Hairs in Glasgow were heading to Ayr today, it seemed. By the time the bus drove in, they had whipped themselves into a fury. Like zombies smelling fresh brains they were ready to do anything to get the best seats. Until you’ve seen a group of Grey-Hairs fighting for a seat on a bus, you’ve no idea what crowd dynamics is all about (the spellchecker just changed dynamics to dynamo. That probably works even better!). Anyway, our elbows had been sharpened and we held back the surge of Grey-Hairs and got on first.

It was a pleasant journey down the M77 to Ayr, mainly because of Bluetooth headphones, an iPhone and Dark Side of the Moon! When they were getting off the bus every Grey-Hair asked what time the bus left for Glasgow. The driver, with commendable patience, answered each one in turn without even cracking a smile. He must be used to it. The weather was typical September Weekend, except it wasn’t raining. Ayr used to be such a lovely wee town filled with families on the last weekend in September. Today if was full of beggars, closed shops and that general air of depression that is so typical of Scottish towns these days. There was an Ayr Renaissance shop, but it was shut. Says it all really. Had a sit down lunch in the Blue Lagoon chip shop and after wandering around all the usual shops, stopped for a drink at a Wetherspoon’s. Not a very adventurous day, but then Ayr never was adventurous.

There was more crowd dynamics on the way home when there was nearly a crowd break-in. It happened when it didn’t look as if the bus was going to pull forward to the proper stop. However, all was well because the drivers were just changing over and one of the Grey-Hairs behind us in the queue gave a running commentary on the situation for those who couldn’t see the action. Yes, everything was good.

That’s Ayr out of our system for a few weeks (months?) until we feel the need to face the Grey-Hairs again.