Walked along the old railway this morning.  All went well until I reached the marshes and then the heavens opened and the deluge continued until I had been chased back to Auchinstarry.  The rest of the day was dry and occasionally sunny.  It was warm all day with temperatures around 15ºc at 10.00am. 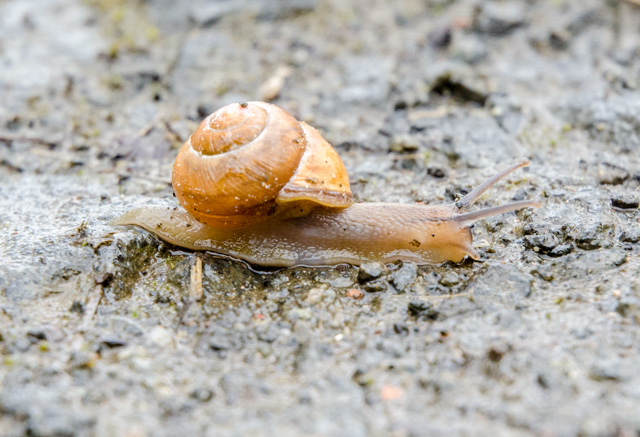 I don’t know where this little fella was going, but he was singleminded in his desire to get there.  I’ve seen a lot of snails recently.  Far more snails than slugs for a change and that can only be a good thing.  At least snails are photogenic. 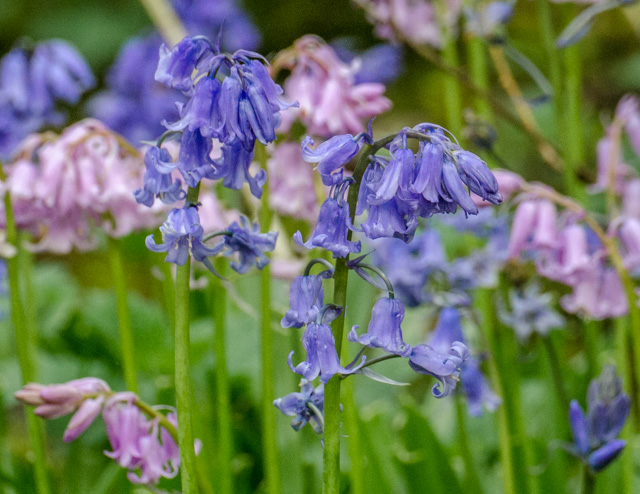 Apparently the pink bluebells are a genetic hybrid with the Spanish bluebell.  It also seems that the pink variety are the dominant strain, neither Scottish nor Spanish.