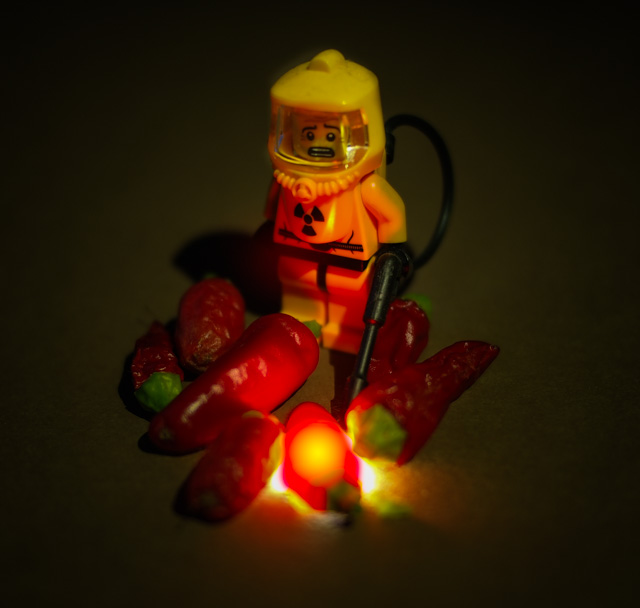 Peter Piper thought it would be a run of the mill assignment. All he had to do was to pick up a peck of pickled peppers.
After checking with Wikipedia he discovered that in fact he needed to pick two gallons of the things, but undeterred he donned his anti-bacterial suit and strode off into the night.
Little did he know that waiting for him were the actual Red Hot Chilli Peppers. So where’s the peck of pickled peppers, Peter Piper picked? More to the point, where’s Peter??