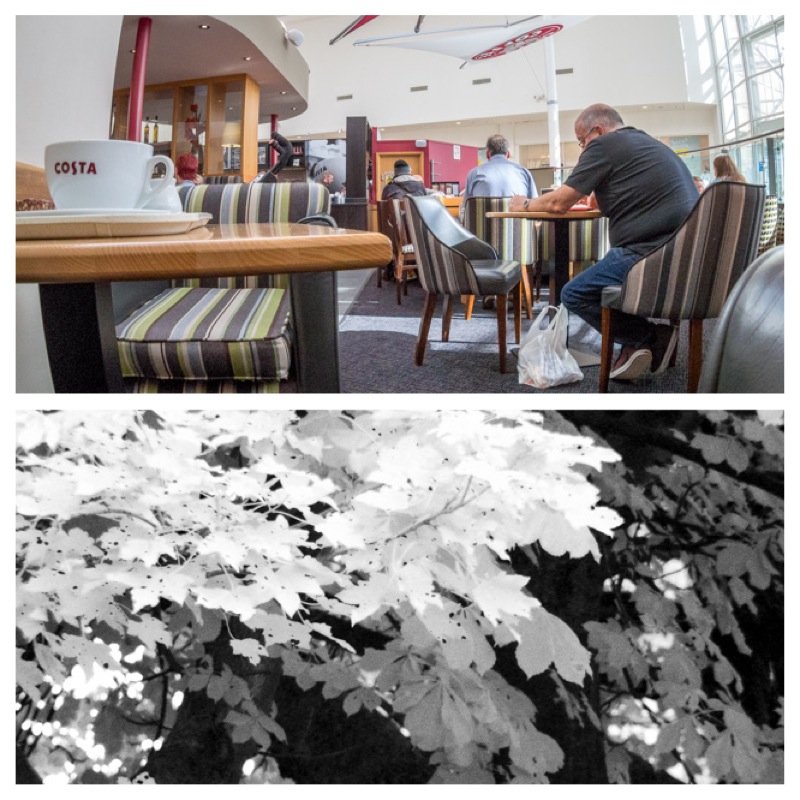 You know how it is when you’re browsing the ‘net’. Sometimes you just follow your nose to see where the journey takes you. Sometimes you start out looking for a particular item or a solution to a problem and get sidetracked. Either way, the serendipitous nature of this vast storehouse of knowledge means that sometimes you solve a problem you didn’t know you had and sometimes you find a solution to a problem you forgot you had. Hopefully you also solve your original problem too, but that’s not so likely. So where am I going with this? I’ll tell you.

Many, many years ago, I bought myself a marvellous camera. It was a Sony F707. I bought it for a king’s ransom in Jessops in Dundee. It looked like a tin of soup with a box at the back. The ‘tin’ was a high quality zoom lens. A Carl Zeiss lens to be exact and that’s a name that should raise the eyebrows of any photographer. When I bought it, away back in the early days of this century, it was revolutionary. The ‘box’ at the back rotated vertically through nearly 180º and contained not only a viewing screen, but also an electronic viewfinder. One of the really revolutionary things about the 707 was the fact that it could take photos in total darkness using two infra-red transmitters and Night Shot mode. Unfortunately, Sony discovered that this mode could, under some conditions, take what the tabloids called ‘x-ray photos that could see through clothing’. It didn’t really, it just allowed the infra-red from the body to partly record a heat image. X-rays, Infra-red. Very similar to those wishing to be scandalised. In this litigious society, Sony decided to emasculate the IR capability of the 707 and forced Night Shot mode to only work with f2.8 @ 1/30th sec, making it all but useless for taking shots in daylight. I just wanted to take IR landscape photos, not some dodgy shot of bloated bodies in lycra. I tried various methods, some more successful than others, to circumvent the restrictions. The most successful was to use two opposed polariser filters to cut out 90% of the visible light. That worked. Using an infra-re filter didn’t as, although it was nearly black, it allowed the IR light to pass through. So no IR landscape with the 707. Until last night.

When I was following my nose around Flickr, I came upon a link to a page purporting to show that the infra-red blocking filter could be locked off in the 707 without a complete strip down of the camera. All it involved was placing a strong magnet near the USB slot in the camera. This apparently disables the solenoid that holds the filter in place. I tried it today and lo and behold it works. Now I just have to work out how to focus the camera as IR light focuses at a different distance from visible light. More work needed tomorrow. The leaves picture at the top of the page shows a mono near-IR shot, just to prove it does work.

As to the rest of the day. Met Fred for a coffee in Costa. Just our usual occasional meeting to discuss retirement, painting, life, the universe and everything. Sat for an enjoyable hour and a half setting the world to rights. I’m sure it was much better after we had sorted out its problems.

Didn’t do much else except make a rather excellent veggie curry.