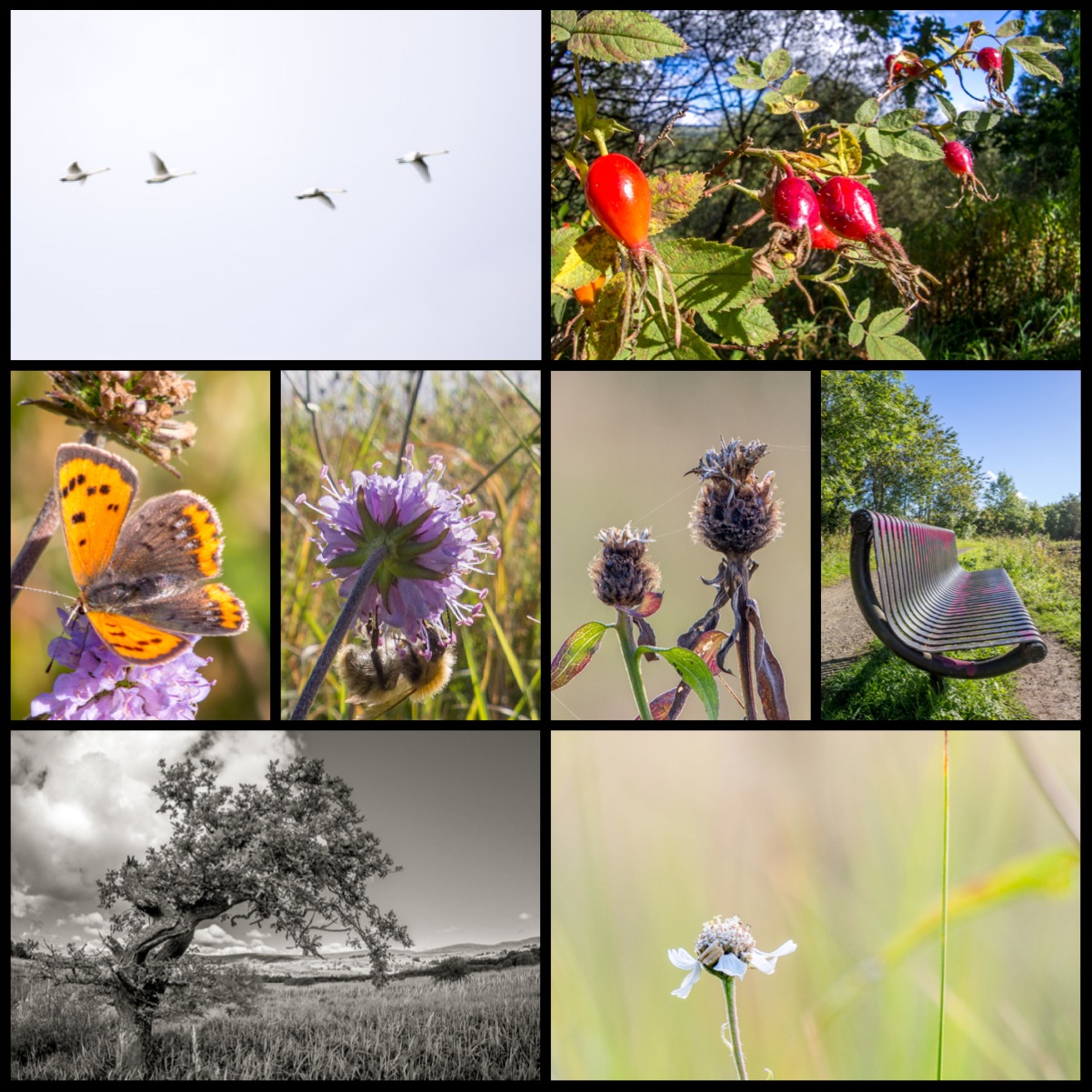 It was a cloudy, disappointing start to the day, but by 9.15 it had brightened up and I was dressed, the bike was on the rack and the rack was on the car and I was off. Drove to Auchinstarry and intended to cycle to Kirkintilloch. I got to Dumbreck and decided to have a rest and watch the world go by, because other people, not as lucky as me were starting their working day. Then I heard a strange engine note from a plane. I spotted it coming over Barr Hill and, yes, it had pusher propellors and the tiny winglet on the nose of a Piaggio. I’d never seen one flying before and only seen a static in Genoa airport this summer. I didn’t have time to grab my camera out of the bag and change the lens, so I settled for just watching it. I remember reading an interview in Photo Technique with (maybe) Annie Leibovitz away back in the 1970s. In the article she said that she looked forward to a time when she wouldn’t want to photograph a scene, but would be happy to simply see it. That’s what I did today. After that, time stood still for a while and I just took some photos. Some with the Panasonic 45-200 and some with the new toy 9mm. A really relaxing morning, as if I needed to relax. There was a time when I really needed chill time. A time when I was tightly wound up. Not so much now, but it’s still good to just sit. That’s a definition of meditation – Just Sitting. Cycled back along the canal, hoping to catch a glimpse of the kingfisher that lives along this stretch, at least used to live along here. I think it must be about three years ago since I’ve seen it. Home for lunch – Corned Beef Sandwich. Very salty and obviously bad for you, because it tastes so good covered with brown sauce. Healthy eating has its place, but so does a corned beef sandwich. Spent a happy hour or so reading on the front step with a cup of peppermint tea. The healthy option. We needed milk, so when Scamp came back from the gym, we walked down to the M&S shop at the garage and dropped in at the Broadwood on the way home. Me for a pint of Guinness and Scamp for a G&T. Weather not so good again, clouding over, but the Weather Fairies say it will be good tomorrow.

I realise it’s a bit difficult to see the detail in the pics today, but either click on the mosaic or go here .  All rights reserved and all photos copyright of D. Campbell (that’s me).