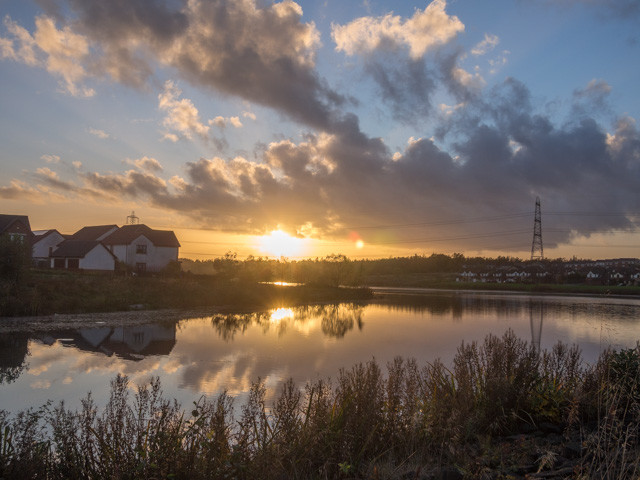 After yesterday, I had a bit of an upset stomach. I’m not saying it was the chicken bhuna, but it was the only thing I had, but Scamp didn’t. Ghandi’s Revenge? Could have been. Despite this, I still managed a coffee with Fred P. I nearly laughed out loud when the barista told me to to tell him to stop ordering Cortados because she’s fed up making them.

I was driving out to the Tesco carpark when a woman reversed into my car, despite me virtually standing on the horn. Luckily, because of plastic bumpers on cars these days and the fact she was travelling very slowly, there was only the tiniest of scratches on the door, so I let her go without even a sweary word. I must be losing my touch.

That was almost it for the day. Went out later to Tesco (without an accident this time) and grabbed a few shots of the sun going down over the ‘pond’. Officially Broadwood Loch.