Today I was going out on my bike.  In the rain.  I lost a good pair of cheap glasses last week.  Like I say they were cheap, but they were perfect for wearing when I am working at the computer and they were bright green, very designery.  There were only one or two places they could be and today I was going to find them.  The fact that it was the restart day for Gems, had nothing to do with it, nothing at all.  Anyway, it was just a wee bit damp, not really raining.

Checked out the first place on my list, but they weren’t there, nor were they at the second which was just across the road.  The corn I had photographed was still there uncut.  Poor farmer must have been waiting for another couple of days of sun to dry it out perfectly and he got this drizzle instead.  Who would be a farmer?

Third place drew a blank as did the fourth.  Either they are deep in the undergrowth or some lucky bugger has picked up a lovely pair of designer(y) green glasses.  I’ve tried Tiger, now rebadged as Flying Tiger, reminiscent of Braddock and the Flying Tigers.  Brilliant book. Well, it is when you’re a twelve year old schoolboy.  I digress. I’ve tried Tiger and they still have something like the green designery glasses, but not them.  Oh well, nothing lasts forever.

By the time the search had been called off, the drizzle had turned to full force rain and I was getting soaked.  It didn’t matter too much because it was quite a mild day, so the rain was warm.  Headed home to a quieter house than I’d left, made the dinner, went to salsa and came home from that bathed in sweat and with a smile on my face.  Salsa does make you happy. 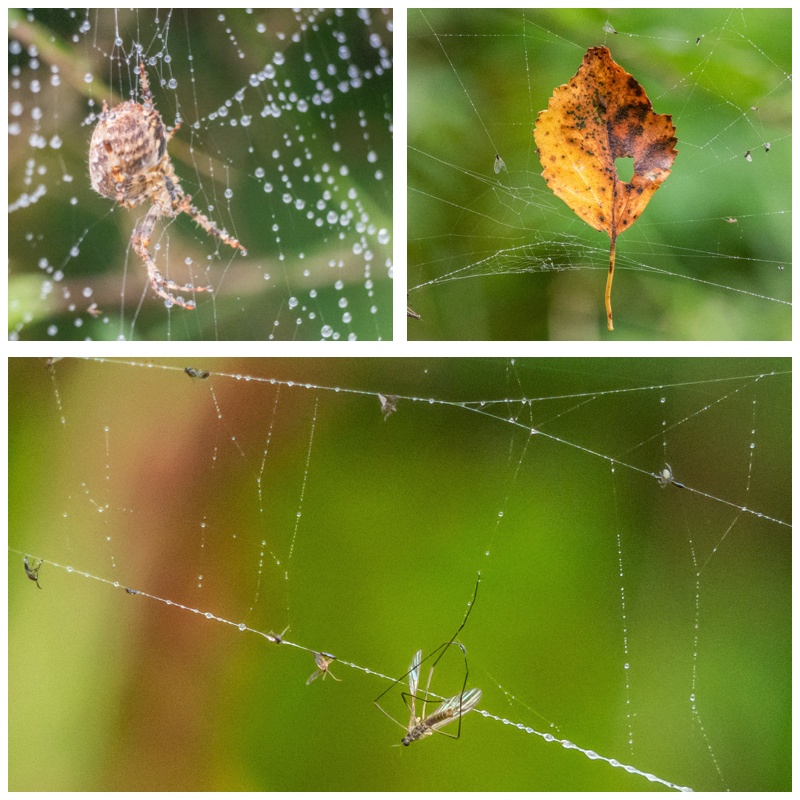 Today’s mosaic is very spider orientated.  If anyone out there is an arachnophobe, then I apologise to you.  Just put your hand over the picture and avoid clicking on it, because that action will release the spiders hiding behind the picture.