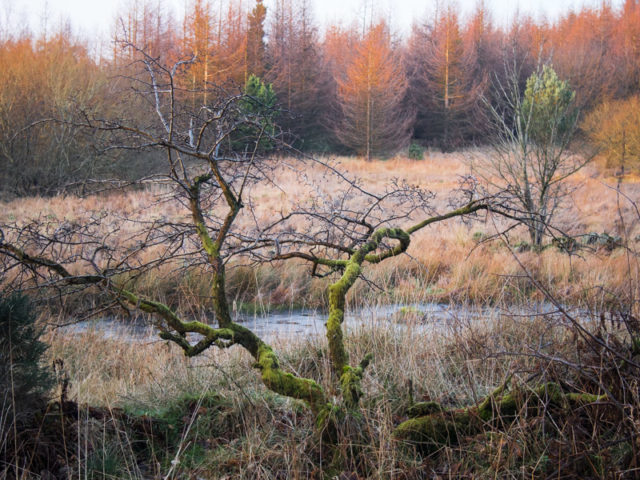 Woke this morning and we couldn’t decide whether to go out or not. Not won.

It was a late start and we thought we might go to Glasgow Green for a walk, but then Scamp reminded me that the people’s palace would probably be closed and the winter garden would definitely be closed, so there would be no chance of a Sunday roll ’n’ sausage and a cup of coffee. No point then. What I eventually did do was get the sewing machine out and repair the pocket in a pair of jeans. I’d repaired the twin of this pair back in December using Scamp’s method. I’d actually repaired this pair earlier last year, but made a real pigs ear of it, so last night I carefully ripped out all the stitches and today I was going to repair it using the Scamp method. It’s the most elegant and simple way to repair a pocket in a pair of jeans. I’m not going to describe it here, but maybe I’ll put it online some time (that means ‘never’). After a lot of huffing and puffing, a fair bit of talking to myself and just a smidgin of swearing, the job was done. One pair of jeans saved from the tip.

By the time I was finished, the sun was poking through the clouds as the weather fairies had predicted it would, so I grabbed my camera bag, put on my good boots and went for a walk in St Mo’s. I’d hoped to get some shots of the St Mo’s deer, but they weren’t to be seen today. Instead, PoD was the twisted hawthorn bush by the wee pond. I just love the shapes of the branches, but today I had extra help from the sun shining on the mossy trunk and the golden colours of the larches in 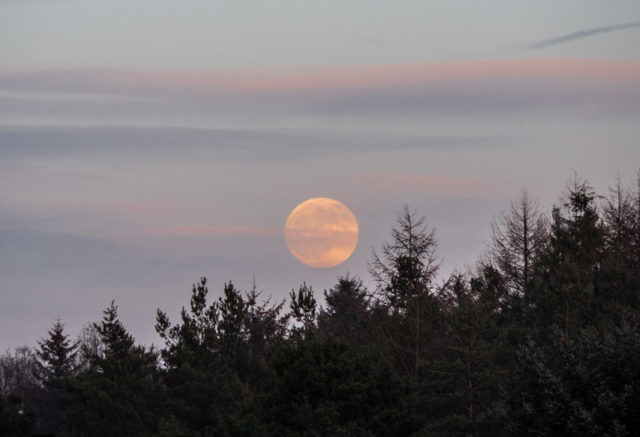 the background. Didn’t see anything else worth photographing until I was nearly home. I turned round for some reason and saw the moon rising, the super ‘blood moon’. It did look quite big rising behind the pines. PoD was still the twisted hawthorn, but you can see the orange/peach supermoon here. I’ve just looked out the window and at 10.30pm it looks like a normal, if bright, ordinary moon. It will become a totally eclipsed moon some time around 3am, but I don’t think I’ll bother to get up for that.

Spoke to JIC tonight and found out what’s happening down south and was delighted to hear that they were suffering sub-zero temperatures while we were basking in 5ºc today. It’s now -0.1ºc here, so maybe they will be basking tonight.