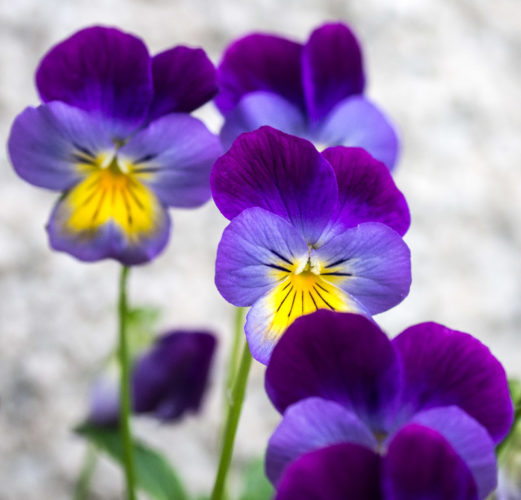 The trouble with being retired is you don’t get a weekend.

We got the bus in to Glasgow today because by the time we got up after reading in bed for an hour or so, it was too late to go to Perth or Embra. We could have gone to Stirling, but Glasgow was better because we could get the bus there and have a drink with our lunch.

Lunch was at Romans in Candleriggs, a new pizza place along the same lines as Paesano. A great barn of a place that was totally empty when we went in. That’s not a good sign. To make up for the bus journey we had a glass of wine each and two of the best pizzas we’ve had outside of Italy. The base was exceptional, thin and crispy as it should be. That’s the big failing of Paesano pizzas, according to Scamp, it’s floppy bottom! We both agreed that the tomato sauce in Paesano was better, but overall, it was very good. We’ll be back. I think the only problem is the lack of footfall. When we left, no other customers had appeared. It could be the dull exterior or the location, but other places on the street were thriving, so that’s unlikely. Only time will tell.

Bought myself a new pillow because the old one has suddenly lost all its shape and I’m getting a pain in my neck (not to be confused with BEING a pain in the neck) and I’m blaming it on lack of support when I’m sleeping. Again, only time will tell.

Back home I tried unsuccessfully to order AppleCare for the iMac. The Apple website is so difficult to navigate if you’re buying anything ‘insignificant’ like the £160 AppleCare insurance. It’s almost like they don’t want you to buy it. I wonder why. I lost count of the times I got to a page where an Access Denied. Worst of all, there is no way to complain or explain the problems I’m having. Well, there is a page that allows you to write down your problem, but the small print tells you that although they ask for your email, they will not contact you. Why ask for your email then? I may try again, possibly over the phone, but really, Apple you need to look into this. Even the best companies make mistakes, but the biggest mistake is believing you are faultless.

Today’s PoD was a grab shot in the garden of a new batch of violas to replace the ones burned to a frazzle by the hot June sun.

Soaked away my AppleStress with a glass or two of Kraken black rum, we both did. Black rum and Coke. Watched Chas & Dave on Jools Holland and they were really good! Then we watched Pretty Woman (1990!) on TV. Couldn’t believe I’d never seen it before. Went to bed, that means Saturday’s blog was written on Sober Sunday, because two (large) black rum & cokes is not conducive to good spelling or grammar!