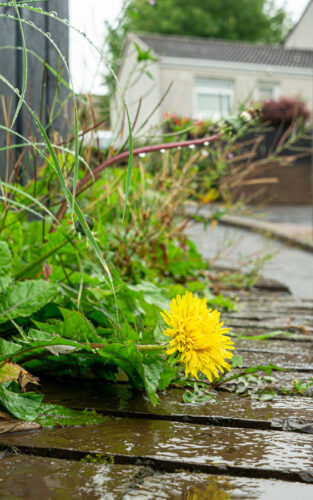 Off on our usual Saturday run to Johnstone. Then a walk in the rain at home.

The drive to Johnstone, or to be more exact, Bridge of Weir was fairly uneventful. Just a steady stream of west bound traffic and a steady drizzle of rain that occasionally got heavier and then threatened to dry up before changing its mind again and getting heavier. It was just constant and after a while I got so I didn’t really notice it.

Today’s class started with the Tina Tango which I’m rapidly coming to grips with. Not so, the Foxtrot which was next. It sort of reminded me of the Hedgehog’s song by Incredible String Band “You know all the words and you’ve sung all the notes, but you’ve never quite learned the song”. We knew all the figures and the steps, but we never quite fitted them together to flow as they should. Jane helped a lot smoothing the transitions between figures, but it still wasn’t right. Part of the problem is learning all the figures for the dance and practising it in the living room. The room is really too small to dance the whole piece in a straight line. We have to dance three or four figures, then turn round and dance the next three or four on the way back.
After the Foxtrot we danced the Sweetheart Cha Cha which is my nemesis. I’m going to get a tee shirt with “I HATE CHA CHA” printed on it. I just don’t seem to be able to understand the reason why you MUST start on beat 2. It makes no sense. The less said about the Sweetheart, the better.
Next was what they called The Zoom Waltz, ie the waltz we learned in the zoom class. It took me a while to work out what it was, but after that light bulb moment, it started to become clear again and we managed a couple of circuits of the floor with the minimal amount of fuss and stopping.
We finished with the Mayfair Quickstep which is a fairly easy dance that reminds me of the Military Two Step we learned at school.
After all that, our brains were full and we needed to lie down in a darkened room. Unfortunately we had to drive home first. The road was even busier than last week and the drive home took over an hour. 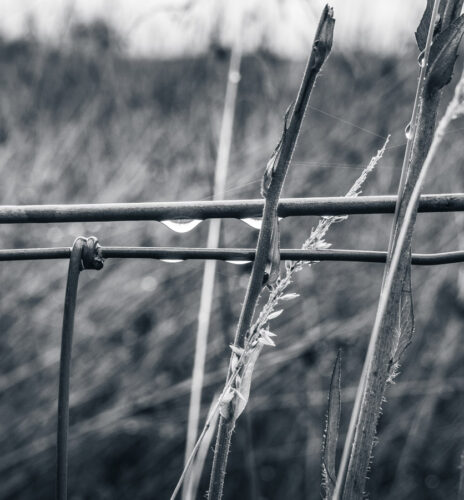 After lunch Scamp suggested we go for a walk … in the rain, because the rain hadn’t really gone off since we left the house in the morning and showed no signs of going off now. We dressed for the weather and walked down to Broadwood Loch, round the loch and then round past the exercise machines. I took the Sony 6000 and one lens in my pocket and got a few photos as we walked round. Three photos made the cut for PoD and the final decision was in favour of the dandelion in the rain, although I liked a mono shot of some grass stems and an old fence we passed. You can view it better on Flickr.

Tonight we discussed today’s progress at ballroom class and finally settled on Vegetable Lasagne by Charlie Bingham followed by a cheapo Sticky Toffee Pudding from Aldi. The lasagne was excellent. The pudding was too, but it’s making its presence felt now and doesn’t seem so good second time around if you get my meaning.

Tomorrow we have no real plans, although the weather fairies say the weather is to be better, or at least less rain. We may go out somewhere.