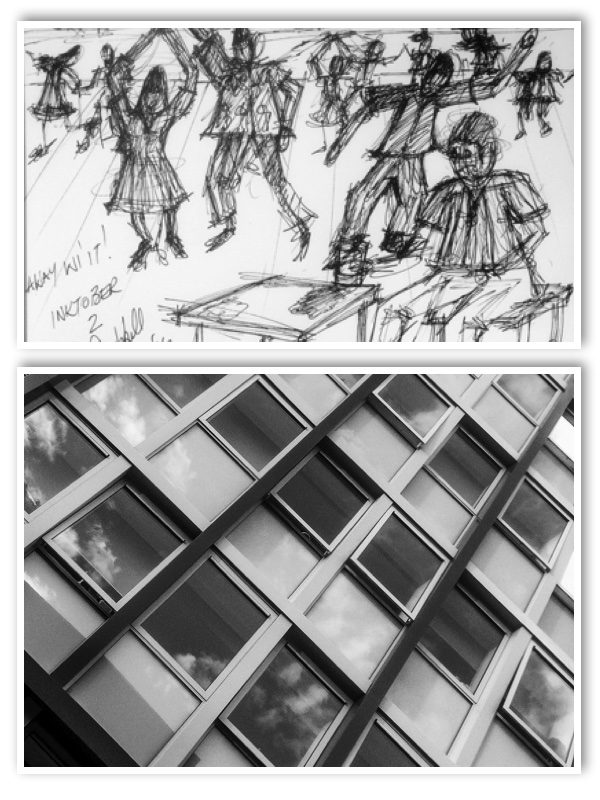 Short blog entry today.  Found that El Capitan wouldn’t access my storage area on the NAS drive.  Apparently it’s a known bug in El Cap, but nobody seems to want to fix it.  Apple don’t care and neither do Western Digital.  Each blames the other, but they keep taking the money from the punters.  Anyway, I decided to use my Carbon Copier and downgrade to Mountain Lion.  Back to safe ground again.  It worked – nearly.  Needed a bit of tweaking, but it did work in the main.  Some things didn’t work, the worst being Hazel. The app worked, but the rules wouldn’t load.  More work needed.  For once Apple hardware and software just didn’t want to work together.  You get kind of used to Apple products “Just Working”.  It comes as a shock when they don’t.  I’m back in business.  NAS drive works, but it’s like moving back a century.  Everything looks so much brighter in the future, in El Cap.

On a brighter note, I did get another sketch done for Inktober and tonight we went to salsa in the Garage and although we were late with the above problem solving, it was great fun.