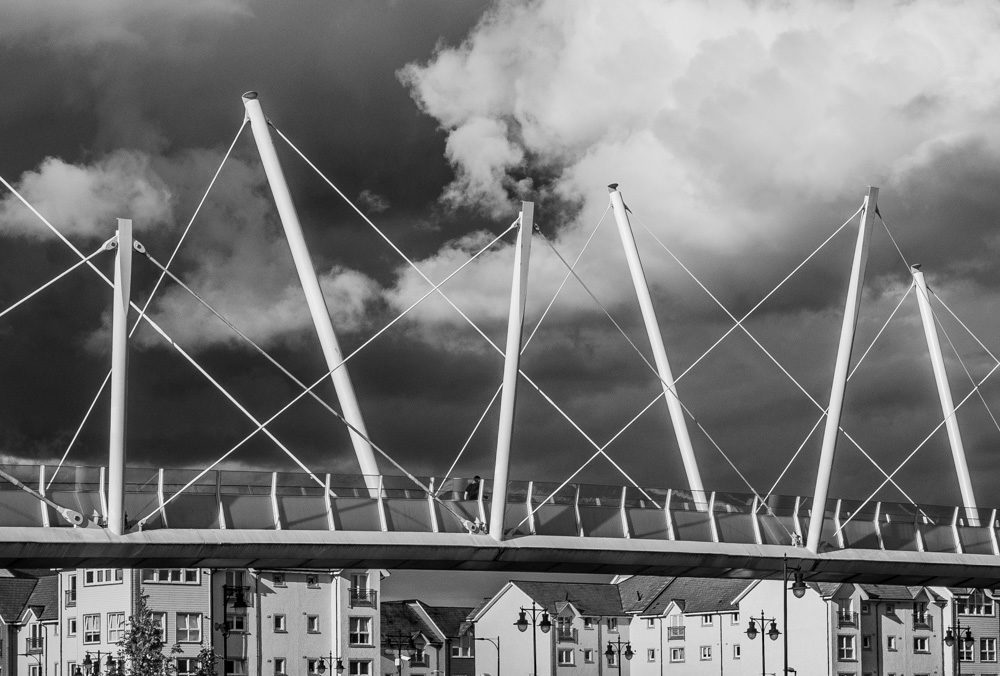 Yesterday we had a lovely day.  Today we set out to go to Perth for tea and coffee.  Yes, I know it’s pretentious to go halfway across the country to get something as simple and everyday as tea or coffee – heavens, you can get them in Tesco.  Yes, you can, but I like the taste of loose tea and fresh ground coffee and am quite happy to be called pretentious, after all it’s my money that buys the coffee beans and the leaf tea.  My choice, my money, my caffeine fix.

When we got to Cumbersheugh bus station, I suggested that we take the bus to Dundee instead.  That turned out to be my undoing.  The trip was good on a comfortable bus, but Dundee should have a big sign saying “Under Construction”.  The entire waterfront area is a building site and a sight too.  I really hope the V&A gallery, museum, atrocity looks good when it’s finished, because it really is an eyesore that this city does not deserve.  The result was that we visited Braithwaites for the aforementioned tea and coffee and got the next bus south.  We’d intended going back to Perth, then Scamp suggested Stirling as there were a few more buses we could get from there to Castle Greyskull.  Mistake 2.  A mother and daughter got on at Perth and talked incessantly for the hour it took to get to Stirling.  When I say talked, I really mean shouted at each other.  If I hear one more time that they had a tape of Pete’s Dragon with Ewoks Adventure immediately afterwards, I’ll go insane.  That tape must have been talked about for about half the journey.  If people must hold a conversation, then let them keep it between themselves.

Unfortunately for the driver, they were going all the way to Glasgow.  Luckily for us we got off at Stirling.  We went for a coffee then parted company to spend some money.  Scamp wanted a new pair of shoes and I wanted a new pair of trainers.  We both achieved our stated goals and headed for the bus again the fourth of the day.  Scamp suggested we get the X39.  Mistake 3.  When I drive from Stirling to home, it usually takes less than 20 min.  This journey on a rattletrap rustbucket  bus took over an hour and a quarter.  We visited every possible village and town between Stirling and Cumbersheugh.

You see the the worst things about public transport are the public and the transport.  If you get less moronic public and real transport that was built this century then the journey will be much more pleasant and more normal folk will use it.

Weather was beautiful today and I’ll remember the Lego men made from hay bales, even if I couldn’t stop to photograph them.

Almost forgot this is day one of Inktober 2016.  Must get more organised and spend a bit more time on the sketches.  Luckily the first official topic was “Fast” and this was a fast sketch.  Inktober is a great way to force yourself to put pen to paper in a graphical way.  Click on the image to view the full monsterpiece!  I wouldn’t have remembered if it wasn’t for reading the ‘A Year Ago Today’ link.  You have read it, haven’t you?  It’s at the bottom of the right hand column and is quite the little eye opener for me.