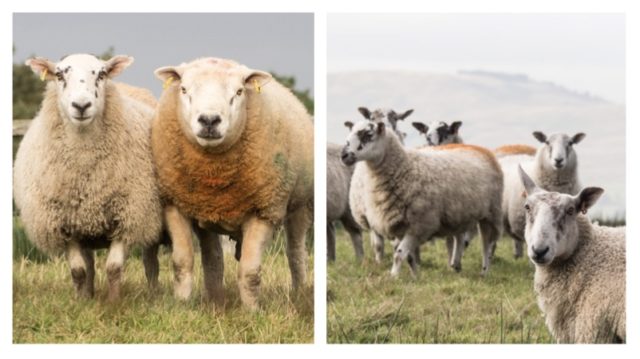 Today was Monday and it was cold when we woke. Not as cold as it was when I finally went to bed last night. Then it was just above zero!

It’s a Monday and that means Gems. I spent a few minutes in their company, which was possible because their ranks were depleted today. Margie had a cough that she thought was Whooping Cough (nasty) and somebody else was missing too. I was stuck in the living room waiting for my iMac to finish backing up and then I fled upstairs to tidy my room. Sounds like a punishment, doesn’t it, but believe me, the punishment was downstairs. As quickly as I could I made a sharp exit and drove away to Fannyside Moor hoping to get some landscape shots.

I got the landscapes, but they weren’t too scintillating, so I went for a walk along the narrow wee road towards the farm, hoping that a stray sunbeam would light up a farm in the distance. It did, but then the camera seemed to have amnesia and thought it didn’t have a card in the slot – it did. When I finally got it to realise this, the light had gone. However some sheep in a park on the other side of the road were wondering what on earth I was doing. I took some shots just in case anything interesting could be gleaned from them. Then I noticed the big pumped up looking sheep. It looked a proper bruiser and I realised it was a ram and obviously there to ‘service’ the sheep. It was standing next to a much smaller ewe and I thought they made a nice couple, so grabbed a few shots of them. As I was walking away I saw the other sheep with the earrings in. It seemed as if it was out for the day with its friends. A proper girls day out, so I took its photo too. Two certainties in the bag and neither of them was a landscape.

Came home and Gems were ready to leave, so I had a chance to looking at the shots. Both shots were good which was a blessing because it was now about 3.30 and the sky was already beginning to darken as it does in Scotland at this time of year. Dinner was pasta with carbonara sauce and it was time to make it.

Drove to the STUC for Halloween Salsa. It was a hoot as always. Balloons, sweets, glowsticks and silly rueda games. The man is simply mad as a brush and everyone in both classes agreed it was a brilliant night. Probaly the best laugh was La Confusion where the leaders and followers are reversed. Men become followers and ladies become leaders. Such a simple thing really, really messes with your head. 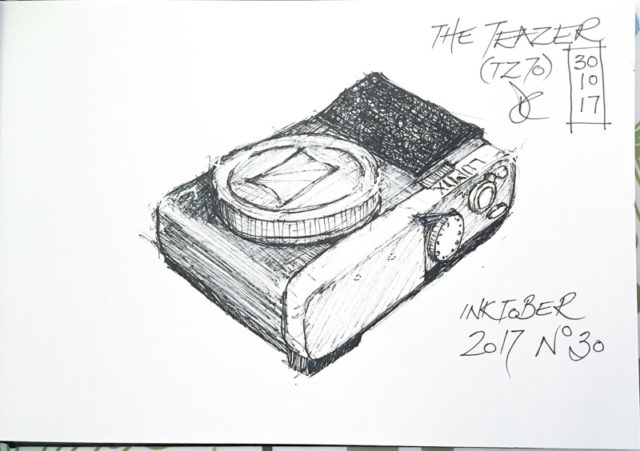 PoD was the “Me ‘n’ The Missus” and sketch today was The Teazer.

Tuesday, no plans as yet, although we may go for a swim.