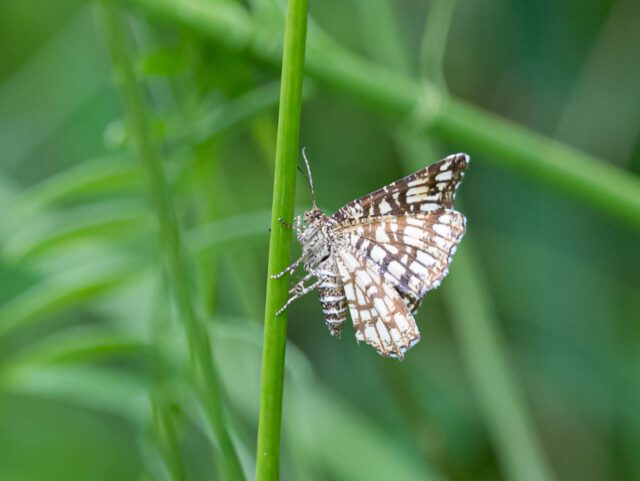 For a while anyway. Three weeks without dance classes while our teachers are off teaching on a cruise to the Baltic.

Drove out to Brookfield this morning. Into low lying cloud and drizzly rain. Not the best start, but that wouldn’t matter once we changed into our dance shoes and had the first couple of sequence dances under our belt. They were familiar, but then they would be. We’d danced them on Thursday afternoon at the tea dance. Next was Waltz. Not either of the waltzes we knew quite well and not any of the other variations on the theme of waltz that we’d experienced in the last year or so. No, this one was new to us and to most of the class too by the sound of things. The first part was really difficult for me at least. A 270º turn that looked so easy when Stewart was demonstrating it, but impossible for me. The next part wasn’t quite so difficult once you broke it down. Oh, and the language! Those esoteric phrases that mean nothing to me and describe nothing either. I’d give you examples, but they don’t stick in my head long enough to be recorded. I’m guessing I’m the same when I’m talking about “Shutter priority” and “three frames focus stack”, but there must be normal words that can describe a “reverse weave” for folk who are still struggling to decide whether they start on left or right foot.

We survived the waltz and then it was Cha-Cha. This used to be my pet hate, but now I’m beginning to enjoy it, although it does all happen fairly fast. We did not too bad with the cha-cha. One thing I like about it is that you don’t travel very far. Another thing is that it doesn’t matter, at our level, which direction you are facing after you finish. You just continue from there. That may not be the what would get you top marks in a competition, but it works for us.

All too soon, we were finished and I’d actually enjoyed most of the class. Next we had to decide how to get home. On the way in we saw the crowds of Orange Order marchers enjoying their legal right to march through Glasgow with their banners. I wondered what would be the easiest way back from Brookfield, avoiding them. I chose to take the shortcut through the Clyde Tunnel and along the Express Way. That usually cuts off the 5mph crawl up and over the Kingston Bridge, but for some reason today both routes were equally free running and we were home much earlier than we expected.

But I’d forgotten we were going to collect my suit from the cleaners and I had to go out again to collect it, perfectly cleaned with the marks, whatever they were, removed. Well worth the £15 it cost. I got some ham for my lunch when I was next door in Tesco.

Watched the live practice for the British F1 GP and got really interested in the final minutes of a race that was run in Scottish weather (ie torrential rain) in an English circuit. It looks like it will be difficult to predict a winner tomorrow.

Went out for a walk in St Mo’s and PoD was a Latticed Heath moth. I’d tried to capture an image of one yesterday, but it evaded me. Not so today. It became PoD.
I came home via the chip shop in Condorrat with two small fish suppers. I know I’ll suffer for them afterwards, but the taste outweighs the inconvenience and there’s always Gaviscon.

Watched the final of Glow Up and wonder if any of these aspiring make up artists really go out dressed as devils and zombies or if it’s just a test to see how off the wall they can be.

Tomorrow we don’t have any plans. If the weather would settle down we could maybe get out for a walk somewhere interesting that isn’t Broadwood or St Mo’s. We live in hope.