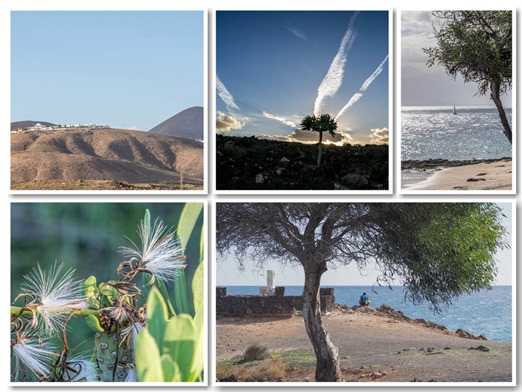 This morning after breakfast and while Scamp was off sunbathing, I wrote up yesterday’s blog in the cafe area just outside the Asian restaurant.  The sacrifices I make for you, my readers!  As I was finishing, the kids club had just started and the goofy member of the animacion team was trying to instil some discipline in his charges.  He started by suggesting they get something to drink some of them wanted juice, some wanted wine and some wanted beer.  Since all of them were under 12, and most were extremely precocious and noisy, this was a difficult task.  At first he told them they had to be “as quiet as little mices (sic)”.  This seemed to work for the younger ones, but it just made the older ones even noisier.  He then changed tack and told them they were to be spies and to hide in the shadows as they were not to be seen by anyone.  They were to make guns from their hands and creep down the corridor.  That seemed to satisfy everyone.  Once they’d gone, I packed up and went searching for Scamp.  When I rounded the first corner, I heard the command “Quiet!  Statues!” and all the little spies stood stock still in the shadow.  As I passed them I heard the leader say “You see.  He never even saw us!  Now we are going through the jungle area.”  The jungle area was an inside planted area open to the sky.  Probably a great place for spies to hone their skills.

After I found Scamp we set off for Puerto del Carmen to get Scamp a new charm for her bracelet, only Scamp had forgotten to wear her bracelet, so while she went for it, I did some sketching, much to the consternation of the oldies in the coffee place who thought I was casing the joint.  Maybe they thought I was one of the ‘spies’ especially because I was sitting very still, almost like a statue.  Scamp returned wearing the bracelet, I finished the sketch and normal life in the coffee place resumed.

Walked in to PdC and Scamp got her charm.  Got some photos of the scenic part of town and then headed back to the hotel.  Scamp had more sunbathing to finish and I went for a walk before dinner.

After dinner we listened to an awful guitarist playing and ‘singing’.  Even the barmen serving drinks seemed decidedly unimpressed with the noise coming from that area.  Who knew that John Lennon’s ‘Imagine’ could sound so bad.  Thankfully we’d arrived more than halfway through his set and he packed up and left.  Some of the hard of hearing shouted for an encore, but he wasn’t listening.  Thankfully.

Went and watched Goofy whipping the kids club into a frenzy as he dispensed certificates and medals with a large dollop of sarcasm that went right over the kids heads.  Reminded me of Robin Strong at school, many years ago.

The main entertainment for the night was a Magic Show.  Scamp rates ‘magic’ with ‘humour’, ie, Does Not Compute, so we were heading to the room when I was sure I could hear drums. We followed our ears and found a Samba Band practising across the road from the hotel in a concreted display area.  They were quite excellent and were a fitting end to the day.