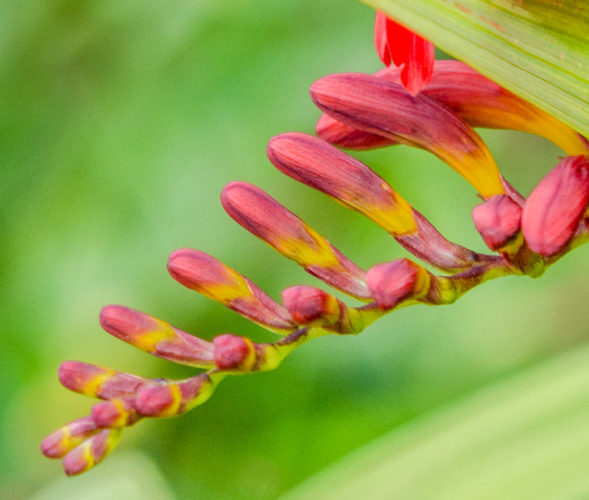 This morning Scamp was out to Costa with her sister and I spent a reasonably happy hour backing up the July pics on to external hard drive. After that, I started reorganising Lightroom’s storage areas to make more sensible use of the space available. Such an interesting morning. I didn’t mind, it was raining all the time.

After lunch I took myself out in the sunshine, that had now replaced the rain, for a walk along the canal, but failed again to see the elusive kingfisher. Some day I’m sure I’ll see him again. What I did see was a family on a narrowboat sailing serenely along the canal, heading towards Auchinstarry. There was a couple at the front seated in chairs either side of the door and another three at the back, steering. The man at the front gave me a nod as they passed. It seemed such a leisurely way to spend a sunny afternoon.

Cut across the plantation and on to the railway walk, then on to Dumbreck before retracing my steps and heading back to the car along the old railway. It was only when I was crossing the plantation that I saw anything interesting and that was the flowers buds that became PoD.

Scamp made dinner today and it was a lovely stir fry.

Spoke to JIC later and got all the news on his trip to San Francisco.

Just a nice lazy day after the rain cleared, that is.