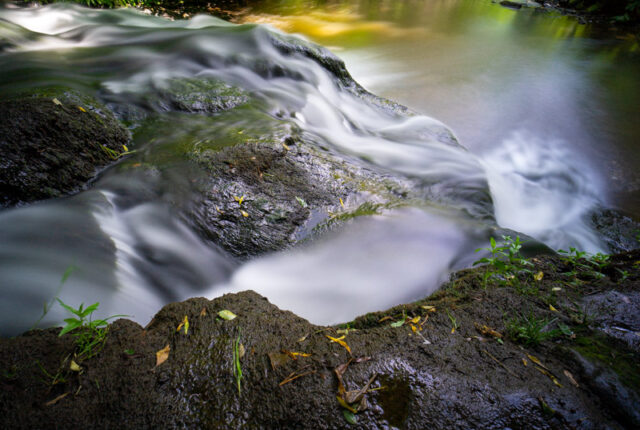 Basically in that order.

We spoke to Hazy in the morning and found out how things were progressing now that Neil-D is on his last week of teaching before his summer holidays start. Plans were discussed and decisions made. I missed the start of the call because I was playing “Dress the Dolly” to see if my suit would still fit me for the service on Saturday morning. It did.

We went shopping later in the morning and Scamp drove us to Tesco. Lots of stuff on the list to buy. Not all of it was for us, because Scamp was using up one of our Covid test vouchers and we’d already agreed that half of the value should be ploughed back into the community by way of the food bank. We both chose things to put in the bank and then we added the things we needed, finally completing the shop with things we would like. That’s how I saw the shop progressing.

Back home and after lunch Scamp was gardening and I was going out to test my 10 Stop ND filter on the waterfall of the Luggie Water. Basically the filter cuts out lots of light from reaching the sensor of the camera, allowing me to use a much slower shutter speed than normal. You’ve probably seen those moody photos of misty looking sea or clouds apparently streaking across the sky. It’s done with a dark filter. The ND part just stands for Neutral Density, in other words, it doesn’t add any colour to the shot.

The waterfall is really quite impressive for such a small river. I usually try to photograph it from below, but this time I though I’d try a view looking across the top, or down from the top. It wasn’t the best decision because the water rounded rocks at the top of the falls were slimy and slippery. I had to grab some low growing branches to keep me from falling in. Unfortunately there were nettles growing over them and I got a few nasty stings from them. They say that if you grasp a nettle quickly and hard you don’t get stung. That’s not true!

I got the shot I wanted and you can see the result above. I was quite pleased with it, but I wish now I’d taken the shot from below. I suppose I could go back and do it again some time. I maybe need to wait until there’s been some rain and the falls are flowing faster.

I walked down to the old railway bridge and tried a shot from there. To get there I had to wade through some gigantic plants about 2m high with leaves that look for all the world like rhubarb. I’m not sure if its Butterbur or Chilean Rhubarb (Gunnera tinctoria) which is an invasive plant from South America. Anyway, the shot didn’t work very well. More work needed on the ND filter.

Tomorrow we’re planning on going to The Fort and maybe having lunch there.