Sometimes after a particularly busy weekend, like this one was, we just want to relax on a Monday.  Today that relaxation was somewhat forced upon us.  From when I woke at 7.45am until now at around 10.00pm it has rained non-stop.  What’s worse, is that we have the same to look forward to tomorrow apparently and little let up on Wednesday.  On Thursday the rain will halt for a while to allow the entrance of northerly gales.  Oh what fun, and this is summer?  Personally I blame the Tories and Nicola Sturgeon.  Probably Alex Salmond is in the mix somewhere too, because there isn’t a pie he hasn’t got his finger in.  I’m hoping against hope that we’ll get an Indian Summer.  Some lovely balmy breezes in late September and early October.  We’ll probably need them to melt the snow.

The only photos I got today were these ones of sparrow scuds (young birds) waiting impatiently to be fed. 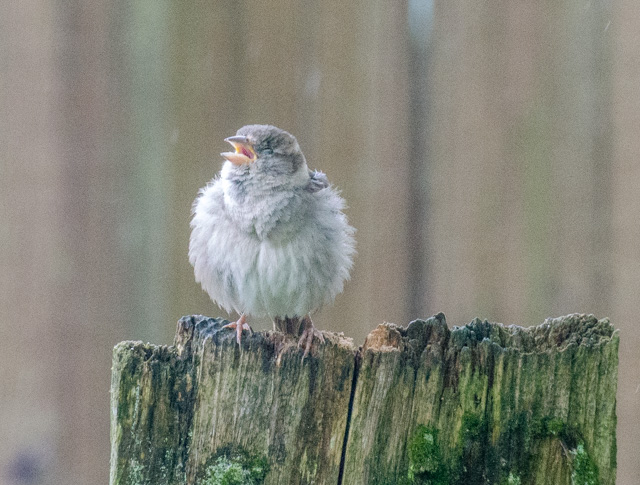 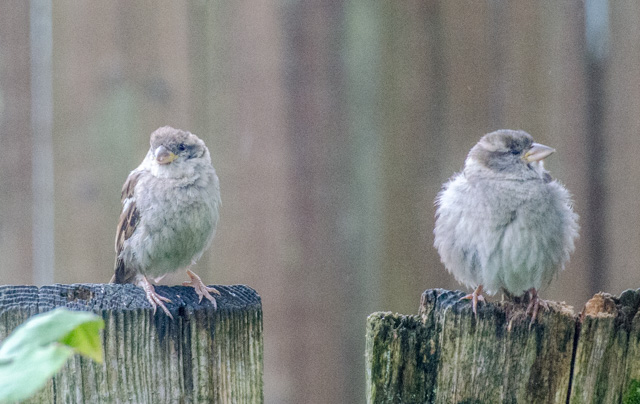