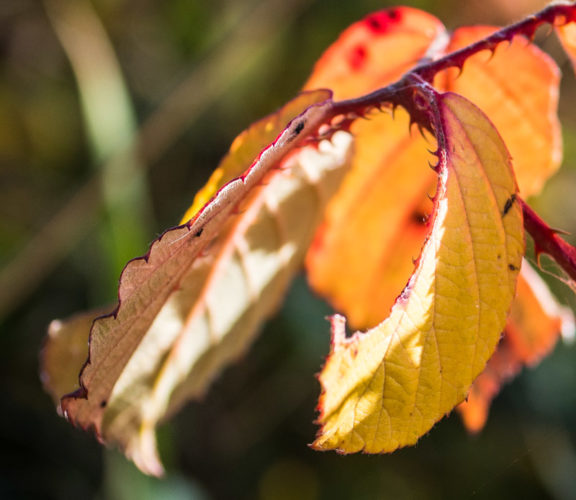 It’s always this way with Inktober. The first day is fine, then the second becomes a blank page and a blank look. 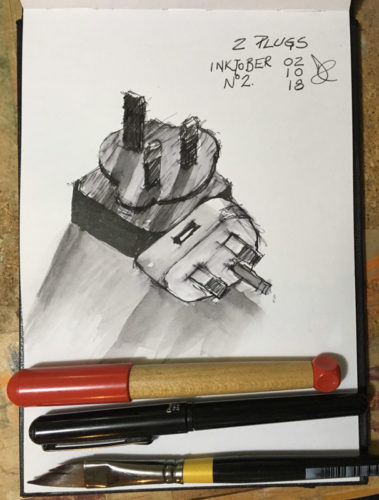 Decided there was no point in worrying about having nothing to draw, something would turn up, it always does … doesn’t it? Well, it did and it was in the form of two different USB plugin chargers. Not the most aesthetically pleasing objects, but where would we be without them these days? They would have to do. Sat them on my drawing board in the back room and sketched them. I had half an hour to get a quick sketch done while Scamp was out at Tesco. No watercolour today because one of the chargers was black and ugly and the other was white and smooth. No need for any fancy colour, just a pen, a brush pen and a paint brush. Done just within the half hour. Not perfect, but practical and done! Bring on day 3, I’m ready for you.

Had an hour or so before lunch, so finally managed to update the firmware of the dash cam. Got that done quite easily using the micro SD card to hold the upgrade and install it automatically. Surprisingly, it still works!

That was about it for interesting things to do this morning. Photographed and posted the sketch on Flickr and Facebook. Then, after lunch, Scamp was making noises about replanting stuff, so I took myself off to for a walk down to Auchinstarry. Lovely day, if a bit cold. But it was dry and the sun was shining, so nothing to worry me too much. Got some photos of a leaf on the footbridge over the Kelvin, but the PoD went to the bramble leaf with all the jaggy thorns looking like teeth. That’s why it was entitled “Jaws”.

Tonight Scamp suggested that we up the duvet from the Tog 1 we’ve been using since spring to a Tog 3. For once, I hadn’t really noticed the need for the upgrade, but with one upgrade done earlier in the day, it seemed sensible to upgrade our sleeping system too. Hope I’m not too warm now! Fat chance of that.

Tomorrow Scamp goes for her check-up at the Royal Infirmary in Glasgow and it’s a morning appointment, so we’ll be up and out early(ish). Then there’s the promise of pizza later, before we go dancing.