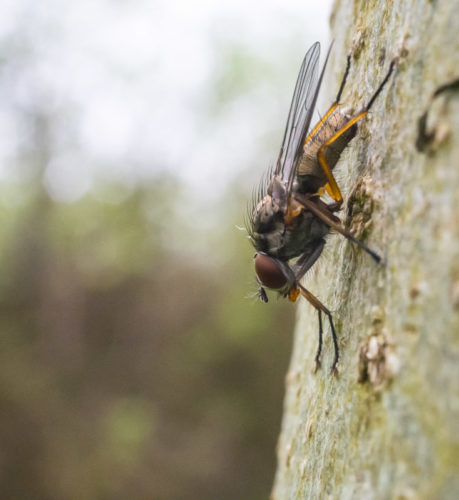 Of course the woman who worked in the garden was there too!

It was a lovely morning, but unlike yesterday, it didn’t last. The clouds started to roll in, just as the weather fairies had predicted. However, it wouldn’t prevent us from doing a bit of digging in the garden. Before all that though, Scamp decided we should both visit Tesco, me as passenger in the Red Juke. I was most impressed with the work Mr Tesco had done on the store’s carpark. Before we left for our sojourn to the south, the carpark had been a disaster area. Full of ruts and potholes. Now it seemed that the poor man had been out all weekend labouring under the hot sun to make it a much nicer place to park with all the ruts filled, likewise the potholes and even new while lines marking out the boxes. I was just a little bit annoyed that Scamp managed to place the Red Juke right in the middle of one of those white boxes. I felt I should have been like Cherish, the judge from GBBO The Professionals and started measuring with my metal ruler, but I didn’t. I just put it down to beginners luck.

Back home, we got to work:
Scamp cutting the front grass and pruning. I kept moving because it looked as if she was pruning everything that was standing still.
Me when I wasn’t avoiding the secateurs, I was digging a hole and planting my birthday buddleia, planting some English peas (Boogie) and thinning out my kale. We were just finished our respective tasks when the rain started. Very light, but there all the same. It was lunch time.

The rain continued for most of the afternoon until I eventually got fed up and went in search of ‘beasties’ in St Mo’s. Found a tiny little spider, but had to give up on it because the light wasn’t very good deep in the woods, then I spotted a quite attractively patterned moth, but it saw me at the same time and flew off. Finally I cornered a bored or tired fly that sat patiently for its close up. That was PoD. Came home had dinner watched TV. Lots of little bits of work done today. Feeling better for it.

Tomorrow it’s not the danceathon its been of late as we’re only doing the ballroom and jive classes. I’ve got a portraiture class at the college in the evening. Student, not teacher, just in case you think I’m getting a bit above myself. Scamp’s having a week off to decide whether to face the M80/M8 traffic jam to go to two low level salsa classes. It’s an experiment. It may work or it may not. It just depends on how things pan out.