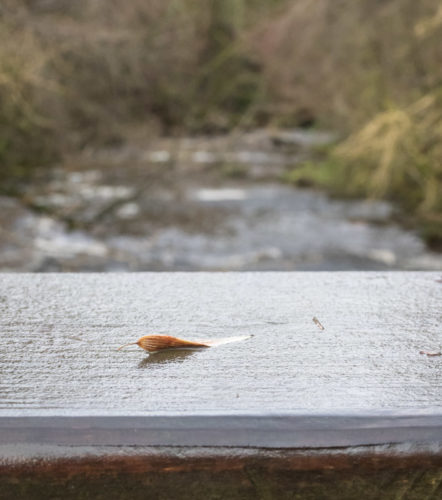 Today we were heading south to East Kilbride.

Sticking to our stated objective, i.e. if it’s clear, let’s go out, we set off for East Kilbride for a walk in Calderglen Country Park, after I’d scraped the car and warmed it up. Finding EK wasn’t a problem and finding the location of the park was easy too. Finding a way in was a different matter entirely. The satnav took us past some extensive roadworks to the entrance, or so we though. Turned off the main road onto what appeared to be the entrance to the park and saw the big sign that said No Entrance to Country Park. Very helpful. So if that wasn’t the entrance, where was it? There were another two entries for Calderglen on the satnav. The second one took us to exactly the same road with the exact same sign. It was only after driving around for a while and stopping in an industrial estate, Scamp found an address for Calderglen Museum. Surely there would be someone there who could tell us where the secret park was. We set off again and my face fell when I saw us approaching those roadworks again. It was just as we passed them Scamp noticed a narrow road through the chainlink security fencing with what looked like a stone building behind it. Could that be the museum? We turned at that bloody yellow sign, drove back and down the road we found Calderglen Country Park. No sign, no arrows saying country park this way. Nothing. Isn’t it just like Scotland to hide things. We have all these wonderful attractions, but we won’t tell anyone where they are. It’s almost as if we’re ashamed of them.

Anyway, despite them, we found the park and off we went for a walk. Crossed the river at the Horseshoe Falls and walked along the path on the side of a steep ravine to the South Bridge. We did continue on a bit, but not knowing how far, or where the path led, we doubled back and took the path on the other side of the river. Some lovely waterfalls on both sides of the river that goes by the name of the Rotten Calder River. Rotten is apparently a corruption of Red because of the ironstone deposits the river runs over. Back at the cafe we had a cup of lightly browned hot water with some milk in it. Apparently it was a Flat White. It, and Scamp’s Latte was made from coffee bags. Like tea bags but with coffee in them. I haven’t seen them for ages and hope it’s an equally long time before I see them again. After that we walked home.

Today’s PoD was taken on the South Bridge and is a little Ash propeller. The ones that twirl like little helicopters in the autumn. Best of a bad lot I’m afraid.

Back home a parcel of coffee was waiting for me. It was part of my Christmas present from Hazy & ND. I look forward to tasting it tomorrow. I know it’s beans, so it can’t be coffee bags! Thank you both, and it was good to talk to you this afternoon Hazy.

After I washed the Juke and while I ordered a replacement battery for my now not even archive MBP, Scamp was carefully removing the almost 50 year old dress from the Christmas tree fairy and planning a way to rebuild it. The fairy will look so much better when it’s finished. Hopefully the same will be said about the MBP once its battery is replaced.

Tomorrow looks wet, in fact the weather is getting ready for it just now with some practise showers, so we may not go far.