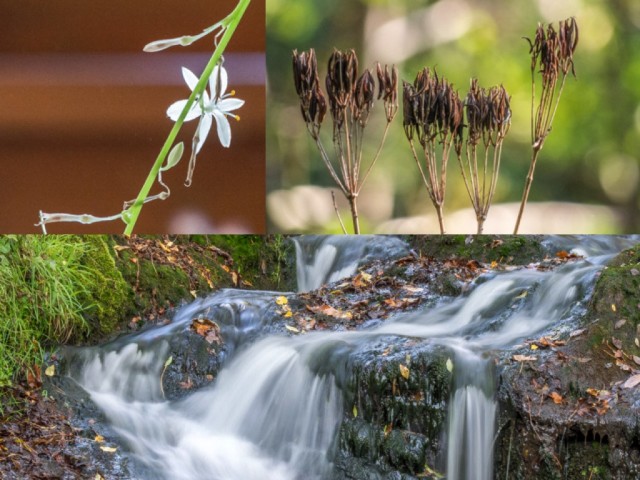 The day started late with a longer than normal lie in due in part to late getting to bed because I was updating this blog, at least that’s my excuse. When I’d breakfasted and checked my email to see if last night’s complaint to Vodafone had generated a reply (it hadn’t), I started work on a new painting.

It was an old square oil painting I’d given up on. I’d rubbed it down a few weeks ago and as a result it was quite dark. Since I didn’t have an oil based gesso, I was left with a muddy brown/green canvas. I couldn’t decide what to draw with, because charcoal would not show on the dark ground, and eventually remembered I had a box of oil pastels they did the job perfectly. So far, the painting is about two thirds finished and I’m quite pleased with it. It’s a combination of brush painting and painting knife work. Scamp, my honest critic has given it her seal of approval. We’ll see how it progresses.

At lunch (more delicious Fish Soup) I got an unexpected text from Vodafone, telling me they would phone me within 30 mins to discuss my complaint. Sure enough, about 20 mins later the phone rang and I got a full apology from Vodafone and as a gesture of goodwill, a £20 refund. Then I was asked if I still wanted an upgrade to iPhone 5s. When I told him I was, he handed me over to Customer Services and they negotiated a much more acceptable deal on a new iPhone 5s. I should have it delivered some time next week. Sometimes a complaint works. I realise that:

Went out later to get some chocs because we’re visiting tonight and to get some photos. Took a couple of slow exposure (not faked like yesterday’s) shots of a waterfall. Other than that, yes, I did get the chocs, and no I didn’t eat them, although I was tempted. Oh, yes, I also got ice-cream for Scamp too, because she deserved it. Soave’s in Muirhead do the chocs and ice-cream and both are excellent.

Oh, yes, one more thing. Many moons ago, early ’80s I think, as a family we visited Liverpool and Scamp bought me a tin pencil case. It’s red and has a cartoon picture of a girl on the front, along with the strange title “SEXY-GIRL For the TARA CLUB” on the front. I carry colouring pencils and occasionally a brush in it when we are going somewhere I might get a painting done. I saw it today in Pinterest that one had been sold for $100! Who would have thought it?