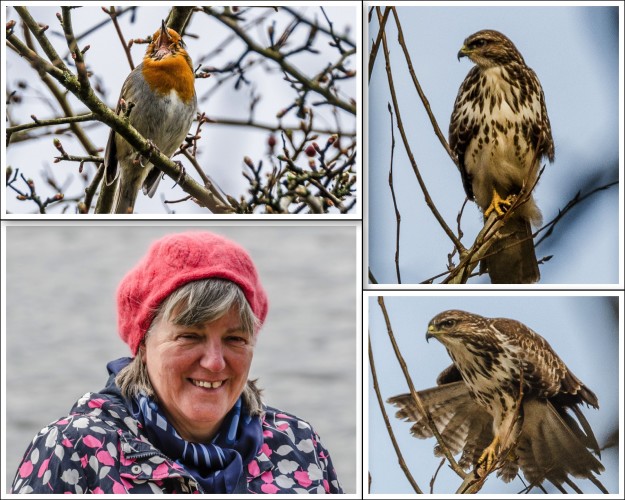 Yesterday was a bit of a wasted day and we were determined not to do the same today. I’d like to say we got up early and went out for a walk or a run or even to the gym, but we had breakfast in bed, then read for an hour or so, this after waking up about 9.15. However, after that we DID go out.

We couldn’t decide where to go at first with both of us making half-hearted suggestions. We finally settled on Hamilton, intending to walk through the Palace grounds to the Mausoleum. Hamilton is such an awful place to drive through, always has been with a convoluted one way system and stringent parking regulations, so rather that face that, I decided to take the Motherwell turn off and park in Strathclyde Park. From there we could walk to the Mausoleum if we wanted or walk part of the way around Strathclyde Loch. We chose the latter.

We started walking anticlockwise round this soulless man made sailing venue. It’s never been my favourite place to walk. At weekends it’s usually crowded with dog walkers, joggers and cyclists, oh, and hundreds of weans. At night it has a totally different reputation. It used to be a boy racers’ paradise, but the council speed bumps every 20 feet or so has put paid to that. Now it’s the secluded carparks that are venues for other sporting pursuits – or so I’m told 😉

I remember it when it was simply Motherwell Pond, away back in the ’60s. Then it was just a big pond in the middle of a field. It had the reputation then for holding the biggest pike in Scotland and I remember seeing some big fish taken there. Not by me though. If I was lucky I’d get a small perch or two. Now it’s just a big sterile expanse of water used by small boat sailors, the occasional windsurfer and canoeist. It also has an Olympic rowing course. Enough of the adverts, it’s a rich person’s playground. Proles like us just get to walk round it.

We walked round the south end of the loch and on past the man made beach. Just before that, I spotted a buzzard through a fence. It was sitting on a post in a timber yard just outside the park. I managed a few shots of it and it seemed quite happy to let me get near. Then a couple of seagulls started mobbing it and it flew off. When we were walking near the water and under some trees we were joined by clouds of wee black flies. I don’t know what they were, but as they only appeared when we were near the water, I assume they were water borne and had just hatched. Maybe spring is near after all. We walked as far as the Roman bath house which, if you read the description on the plaque is not original, but a reconstruction using modern materials. That’s a bit of a con I think, but what do you expect in North Lanarkshire? The South Calder Water runs in to the park at this point and just around a bend in it is the old Roman bridge. This is part reconstructed too, but there are no signs to tell you what it is and it’s fenced off so you can’t get across. Well, you could get on to it quite easily, but I suppose by fencing it off NLC exonerate themselves from any injury caused from falling from it. YOU WERE WARNED etc.

Walked back the same way we’d come and almost managed to get back to the car before the clouds opened and although we got wet, we didn’t get the soaking that we might had got if we’d caught the full downpour that arrived a couple of minutes later.

Tomorrow? Who knows. Hopefully we’ll GO OUT AND DAE SOMETHING again.