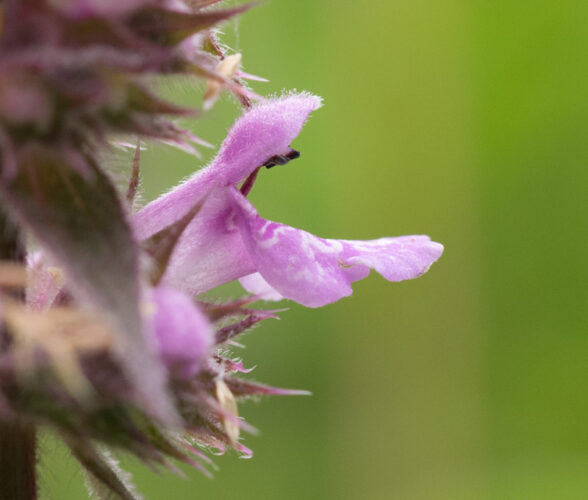 Not literally, but virtually.

We had a Zoom meeting today with Andrew, the man from Falkirk. All seems to be well and we don’t need to make any changes at the moment, but he advised us that he’ll be getting in touch to make some amendments to things before the New Year.

While we were in Virtual Space, there was a knock at the door and a mysterious parcel was left on the step. It wasn’t a mystery to me, I knew what was in it. After the meeting, Scamp asked who was at the door and I pointed to the tall cardboard box sitting in the hall. She knew immediately what it was. The Gertrude Jekyll rose had arrived in a similar one. After “oohing” and “ahhing” she opened the box and allowed the rose to see daylight after being cooped up for a couple of days. Then she took it outside and gave it a drink. Tomorrow we will go and find a suitable container to plant it in. It will also need a fair amount of compost to fill it up. This rose is Comte de Chambord.

In the afternoon Scamp went to visit Isobel with her birthday present, which was the other Coreopsis plant we got last Thursday. While she was out I started clearing up the painting room, then got sidetracked into a WhatsApp text conversation about painting with Fred. A few sarcastic comments from both of us confirmed that it’s time we went for a coffee some time soon, all of us, that is. I don’t think we’ll be going for a beer any time soon. The thought of taking the bus into Glasgow, or even the train doesn’t entice me at all. Maybe in a few months if the situation improves it might be possible. The other option is for someone to volunteer to be nominated tee-totaler for the day. That’s not all that practical either. Maybe coffee with the Auld Guys will do for now.

After our correspondence I went for a walk down to the shops because we needed milk, Scamp wanted oranges and I wanted apples. Hoped to get a PoD on the way. I finally got one on the way back. It’s a Dead Nettle, so called because the leaves don’t sting. In fact I was reading an article online that said if you chew up a dead nettle leaf and spread it on an insect bite, it takes the sting out of it. Not sure I fancy that, but it might be worth trying some time.

Did a wee pen sketch of a mug and a spoon for Sketch of the Day. I was quite pleased with it. Did it with a 0.4mm rollerball.  Very slippery to sketch with, but the line remains 0.4mm because unlike felt tip fineliners, rollerballs don’t wear down. Or at least, not as much.

Scamp got an email from the Beechgrove Garden telling her that a question she’d asked about pests on the blackcurrant bush had been answered in a video.  She even got a name check by one of the presenters.  She’s famous now!!

No real plans for tomorrow other than compost and a plant pot for The Comte!