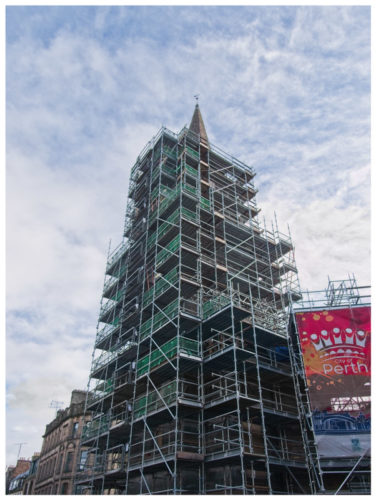 Just a gentle drive up the M9.

Drove up the M9 at a sedate 63mph trying to find out why the Juke doesn’t seem as economical as it used to be. It could be JIC’s suggestion of the new tyres or possibly they are under inflated, but the fuel consumption was extra poor today. Can’t explain it. Saw the new Juke in the shopping centre in Perth. The ergonomics of the controls on the steering wheel seem to be even worse that the Red Juke’s. Not sure I like it. Of course the display model was top of the range, so not a real comparison with ours.

Anyway, we’d hoped we’d be driving away from the rain today, but that wasn’t to be. It followed us up the road and dumped even more of the wet stuff on us. Took back a pair of summer sandals that didn’t fit Scamp and got some bags of coffee and tea then drove back down the road again getting the same mpg as we had going. One brighter was driving along past Stirling with a rainbow arching over us as we drove. It seemed to be keeping pace with us. Never seen that before.

PoD was the ‘Perth Moonshot’ which was an old church with masses and masses of scaffolding shrouding it. It looked like Cape Kennedy with the nose cone of a rocket just showing above the scaffolding.

Back home it was soup and bread for dinner. Both were deemed great.

First drawing done for EDiF (Every Day in February) and 28 Drawings Later, both on Facebook. Hopefully I’ll get it posted after posting this.