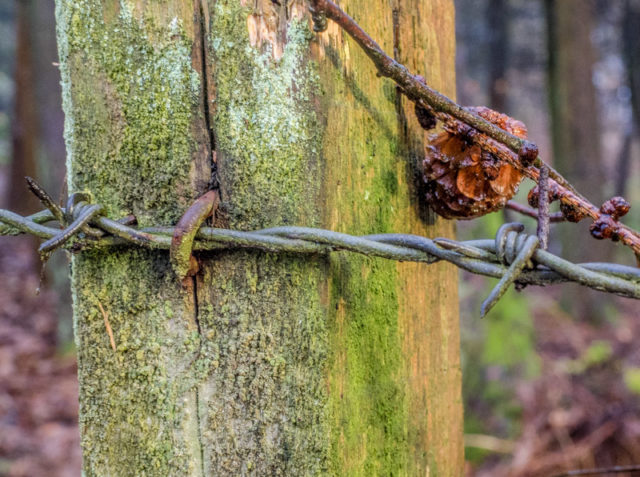 It was another of those dull days we’ve grown to accept this January and February. I went out for a walk and saw some shadows.

You don’t get shadows on a dull day. They only appear when there’s direct sunlight. It didn’t last long, but I managed to get a few shots in the time it was there. One of them became PoD and that’s what you see above.

Earlier, in the morning to be more exact, I started to recover the back room from the piles of rubbish and not-so-rubbish that was covering every horizontal surface. I used my usual FKB method. File, Keep, Bin. Some of the stuff was in the Keep box. Some went into the File box, in fact some of the stuff that had been put in the Keep box got moved to the File box in phase 2. The remainder dropped into the Bin which is now overflowing. The bonus from this is that I’ve once again found the top of the chest of drawers and with just a little more work, I’ll be able to sit on the sofa.

Later in the afternoon, I went out in the rain to try to find some photos, that’s when I found the sunlight and grabbed my few shots. Back home I started to make dinner – paella. We were just finishing dinner when Scamp’s phone announced that tonight’s Sunday Social had been cancelled because the Record Factory was hosting a Super Bowl evening instead. I wouldn’t like to be in their shoes when Shannon goes eyeball to eyeball with them tomorrow. That Canadian snarl will freeze them to the floor. Seriously though, 15 minutes before the social was due to start and we get a message to say it’s been cancelled. Somebody somewhere has some explaining to do. 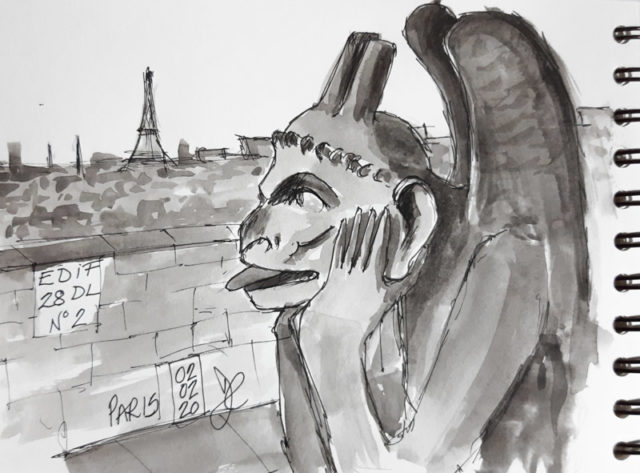 At least it gave me an extra two or three hours to get my February drawing done. Today’s topic was Paris and rather than do the usual and expected Eiffel Tower, I drew one of the gargoyles from Notre Dame. The purists will know that you can’t actually see the Eiffel Tower from this angle, but that’s what artistic licence was designed for.

Tomorrow is a Gems day. I’m hoping for another few minutes of shadows to allow me to grab some more photons.