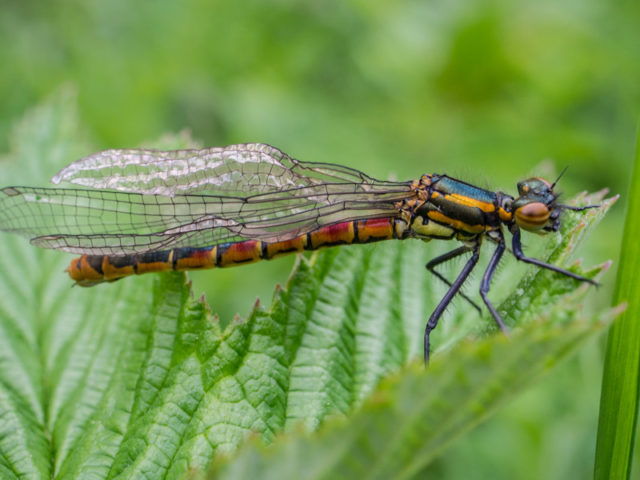 After I drove Scamp over to meet the other ‘Witches’, the day was my own.

I chose to follow orders for a while because it suited me. I watered the garden just before 11am because the sun hadn’t forced its way through the clouds yet and it’s a sacrosanct rule that you never water flowers or veg when the sun is shining. All those little beads of water become magnifying lenses and burn the living daylights out of the plants. This was the first time the hose has been used this year. I really enjoy watering the garden with the hose. So much easier than humphing full watering cans around. Not as efficient though. There’s a fair bit of wastage with a hose as my sodden trainers were witness to. I even managed to get it wrestled through the toilet window to water the front garden too.

While I waited for the sun to burst through the clouds, I read a bit, drank a cup of weak tasteless coffee, then another cup of really good strong brew to make up for it. I doodled some sketches and I played around with some of the more esoteric aspects of this new photography program ON1. It’s absolutely enormous and like some program designed by a committee there seems to about ten ways to do exactly the same thing with the same results, but using totally different procedures. I assume they are slightly different and that’s why they are there, but to my naked eye they look the same. Finally, after having achieved absolutely nothing and learned even less, I shut up shop and went to have lunch which was another cup of coffee and a ‘piece’ (that’s a ‘sandwich’ if you’re not Scottish).

After lunch I’d had enough of the Hide and Seek game the sun was playing and went to get my dinner and some petrol for the car from Tesco. Then I pointed the Red Juke at Auchinstarry and said “Go There!”. It did. Walked along the canal hoping for a sighting of the elusive kingfisher, but it wasn’t showing itself today. What I did find was my PoD, the first Scottish damselfly this year. I thought it was dead, but on careful examination, the opposite was the case. It had just released itself from its nymphal shuck and was drying its wings in the sun. Also pumping blood into those wings to stiffen them. Good luck wee red damselfly and make good use of these warm days. Rain is on its way after, or maybe including Sunday. After that I found a plethora of ‘beasties’. Spiders, beetles and flies. You’ll have to look on Flickr to find them.

Drove home and set the new, fancy, complicated combination microwave to cook my pizza dinner. It did it, perfectly. Beautifully baked, not quite Peasano quality, but good enough for me and so much better than a microwaved one with that yucky squidgy base. No, this was a firm base with a crispy topping. Superb. I hope you’re listening JIC. Fiddly to set up, but very adaptable. Tried to watch the news, but apparently there is a wedding in London tomorrow and the rest of the world had to stop turning just to watch it. I didn’t. The pizza was too good to wait for.

All too soon I got the text to say that the witches were leaving Ayr, then the inevitable “on the bus” text. Agreed to pick Scamp up at the bus stop and, of course, by that time the sun was shining from a clear blue sky. What was wrong with having that three or four hours ago? You know how photogs love directional light. So that was it. Slipping the leash for a day is a great thing. I recommend it to you all.

Tomorrow looks like the last good day for a while. I suggest we make the most of it.